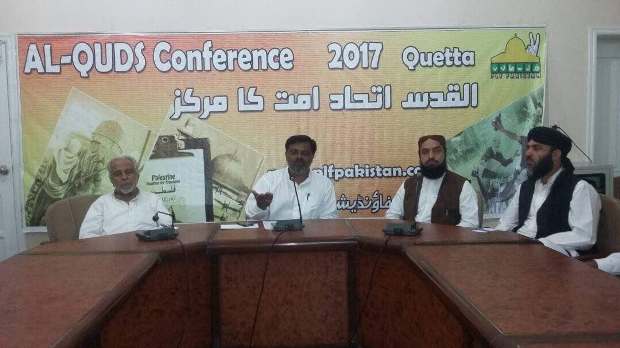 QUETTA (PNIC):-Terrorism prevails in the world with powers uniting to put behind the crisis in Palestine, protecting the interests of Zionist Israel.

Muslims should pivot their struggle in freeing Qibla-e-Awal (QUDS), Pakistan stands with Palestine.

An appeal to celebrate Al-Quds on the last friday of the month of Ramazan, Demand put forth to commemorate Al-Quds Day on Governmental Level.

Al-Quds conference held in Quetta many political and religious party has been participated in conference and announced full support for Palestinian oppressed people and announced to mark last Friday of Ramzan as Youm-al-Quds in countrywide.