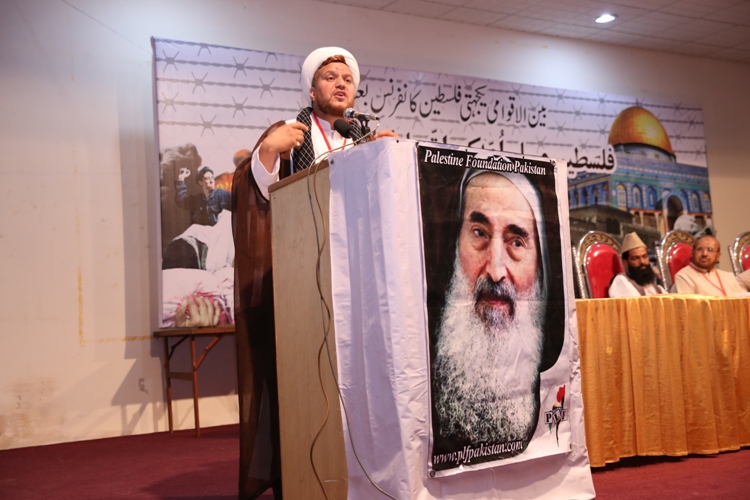 Speaking at an international conference on Palestine he emphasized on three points that awakening of thoughts, establishment of funds and united efforts of the Ummah are much needed to liberate Palestine from the yoke of Zionist Israelis.
International conference on “Palestine: Manifestation of Muslim Ummah’s Unity” was held under the aegis of Palestine Foundation of Pakistan at Radio Pakistan auditorium here on Monday.
He said that Palestine issue should be remembered throughout the year and it should not be limited to one week or one day’s conference or rally.
Related Topics: