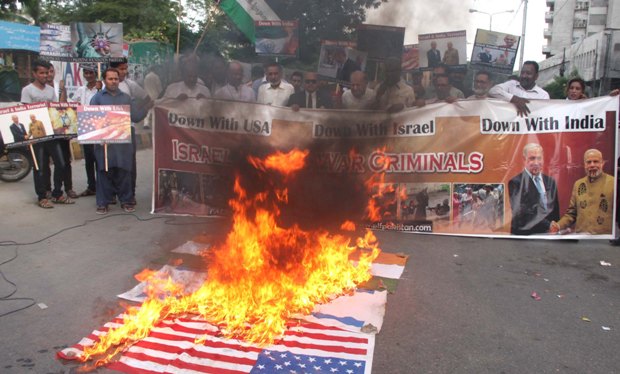 KARACHI (PNIC):-Protest demonstration held in Karachi – Pakistan to condemn the Indian-Israeli alliance and atrocities in Palestine and Kashmir by the Zionist regime Israel and terrorist state India.

Many people and civil society attended the protest and chanting slogan in solidarity with oppressed people of Palestine and Kashmir and they condemn Indian-Israeli alliance and military cooperation against Pakistan and Kashmir too.

They said, India-Israel involved to promoting terrorism and they are supporting terrorists groups in the Western Asia and Kashmir to destabilise Pakistan and other countries.

Protest organised by Palestine Foundation Pakistan (PLFP) and people from all walking or the life were present in the protest.