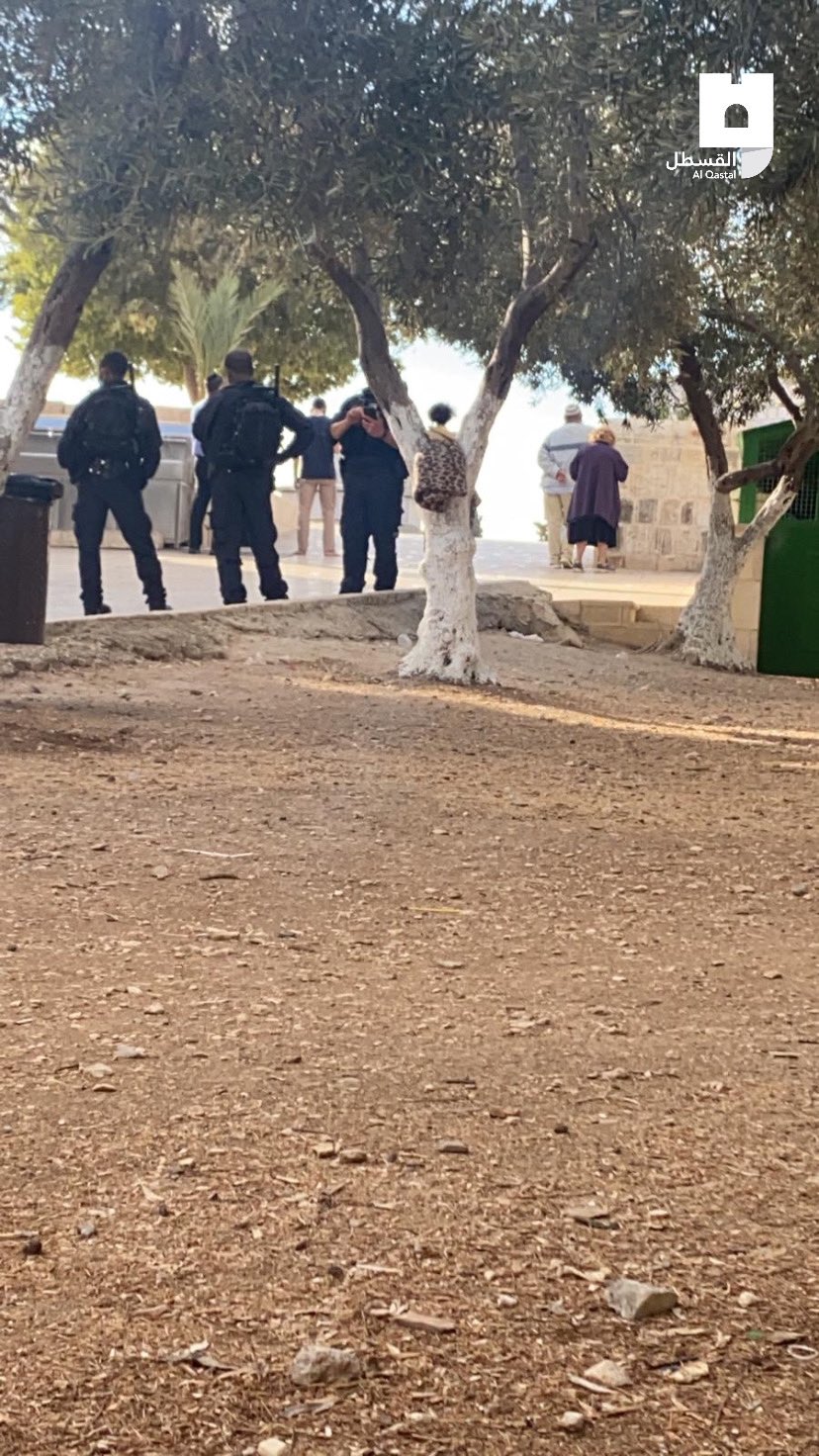 Occupied Jerusalem – Over 50 extremist Israeli settlers broke into the courtyards of the Al-Aqsa Mosque in the occupied city of Jerusalem in the early morning hours of Monday.

Under the occupation forces protection, around 50 Israeli settlers broke into the courtyards of Al-Aqsa Mosque during the morning break-in session and they entered through the Damascus Gate- which Palestinians call Bab al-Amoud Gate.

They are now provoking the Palestinian worshipers by performing Talmudic prayers in the courtyards of the mosque and taking pictures.

Israeli occupation authorities have allowed settler incursions to the mosque since 2003, under the forces protection, although there have been repeated objections and warnings by the Palestinian religious authorities as the settlers’ visits provoke Palestinian worshippers of the mosque.

Israeli forces always facilitate and protect the settlers incursions while preventing Palestinian worshipers from entering it, assaulting and detaining them.

The Al-Aqsa mosque is one of the holiest sites in Islam.