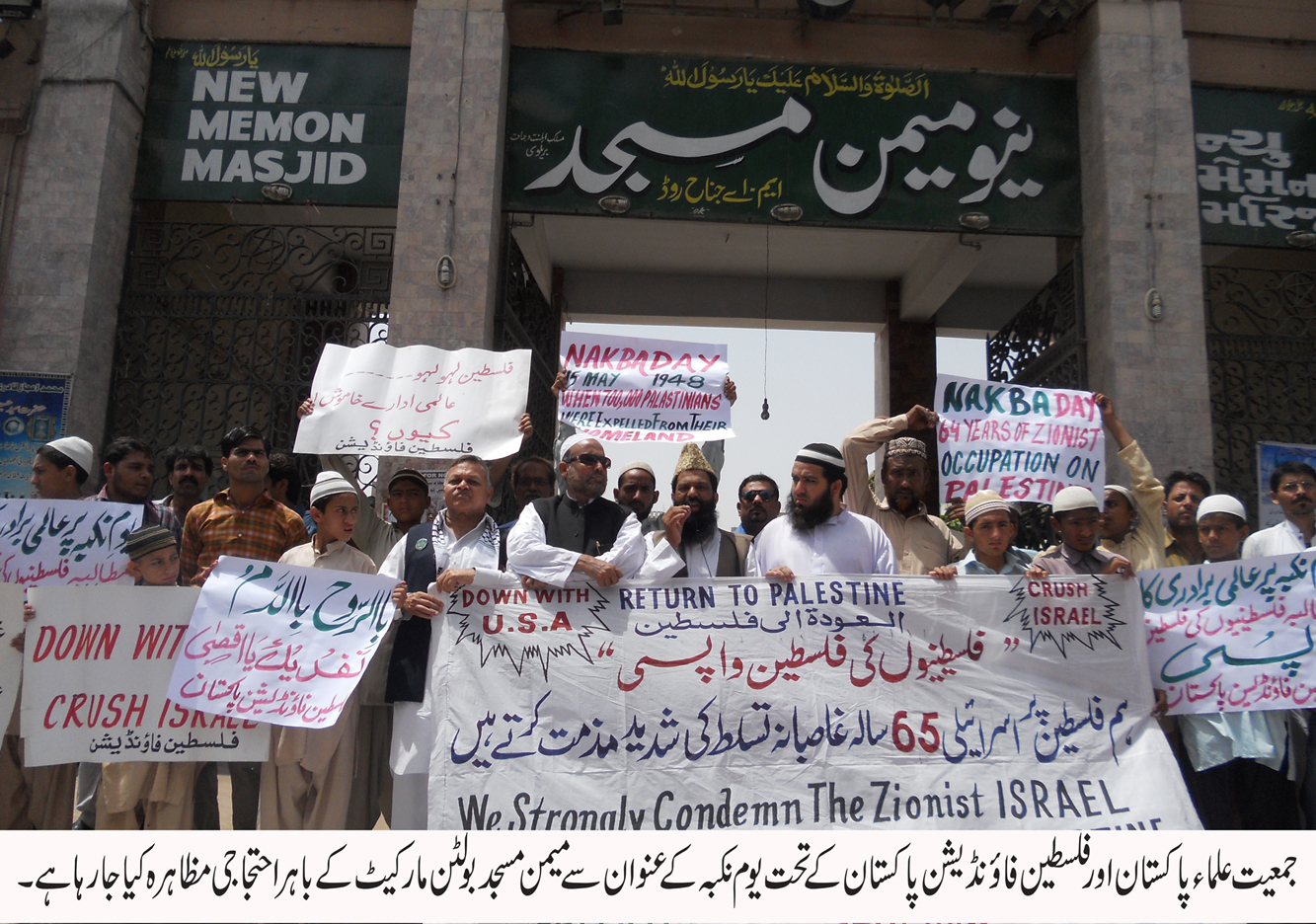 Friday was observed as a day of solidarity with Palestinians on the anniversary of Nakba anniversary.

The day of solidarity with Palestinians was observed on an appeal of Palestine Foundation of Pakistan that has launched a weeklong campaign on the anniversary of Nakba Day.
The supporters of the PLF and JUP staged a demonstration outside of Memon Masjid Bolton Market after Friday prayers. The protestors raised slogans against the Zionist regime of Israel and its allied states such as United States and European Union countries.
Allama Qazi Ahmed Noorani, Mehfooz Yar Khan, Sabir Karbalai, Allama Shabbir Abu Talib, Maulana Shukat Mughal, Waheed Younus, Nasir Rizwan and Allama Jafar Raza of the PLF and JUP spoke to the demonstrators.
They said that the Zionist terrorists brought thousands of racist Jews to Palestine and began massacring Palestinians due to which hundreds of thousands of Palestinians had to leave their abodes. Since then, United Nations had recognised their legitimate right of return to their homeland Palestine.
The speakers urged the international community to play their active and effective role to ensure that more than 5 million Palestinian refugees are brought back to their land that has been occupied and renamed as Israel. They said that the PLF and likeminded pro-Palestine organizations had launched a campaign to support the Palestinians right to return Palestine.
They demanded of the International Criminal Court to file war crimes against the Zionist regime of Israel for its crimes against humanity. They demanded that the siege of Gaza should also be brought to an end by forcing the Zionist forces to desist from the siege.