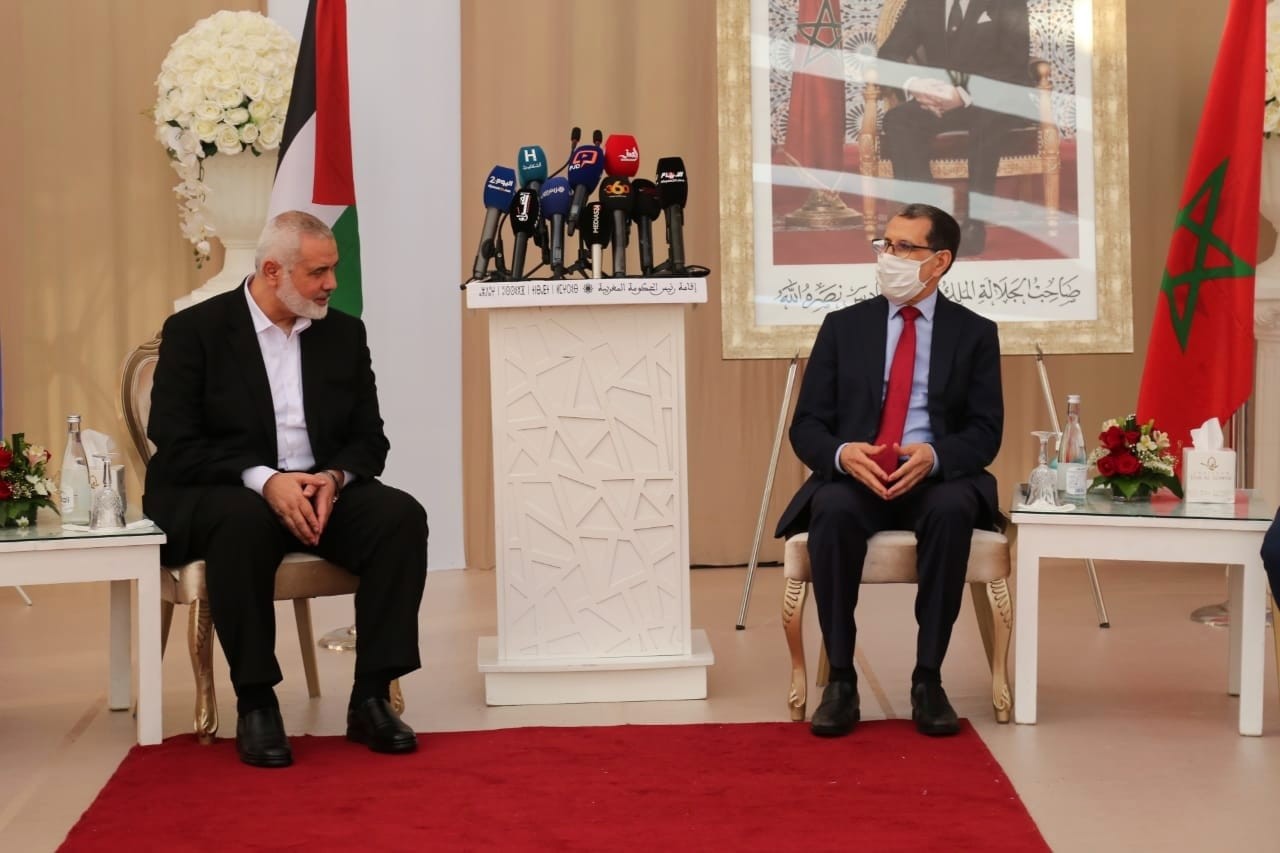 The head of the Hamas resistance movement’s political bureau says the Palestinians have “many missions” ahead of themselves after they emerged victorious in the recent Israeli military aggression on the besieged Gaza Strip.

Ismail Haniyeh made the remarks in a meeting with Moroccan Prime Minister Saad-Eddine el-Othmani in Rabat on Wednesday.

Referring to the 11-day Israeli bombing campaign on Gaza last month, Haniyeh said, “On behalf of the Muslim Ummah, the Palestinian nation stood against the arrogance of the Zionist regime.”

“We have many missions for the post-victory stage, about which we are consulting with our brothers in Morocco, the premier and the parties and factions that we will meet,” he added.

The Hamas chief also thanked Morocco’s ruling Justice and Development Party (PJD) for inviting him to the North African country, stressing that the Palestinian people are protecting the Al-Aqsa Mosque with their lives and foiling schemes meant to steal the holy site’s history and geographical territory.

“I hope that this visit will lead to getting the desired and expected results from the brotherly country Morocco,” he said.

Othmani, for his part, affirmed the Moroccan king’s rejection of Israel’s Judaization of Jerusalem al-Quds and former US President

It came in return for an American recognition of Morocco’s sovereignty over the disputed territory of Western Sahara, something Algeria said “has no legal effect because it contradicts UN resolutions.”

Haniyeh’s visit to Morocco “comes within the framework of relations between Morocco and Palestine and contributes to the support of the Palestinian cause,” according to Slimane el-Amrani, assistant secretary general of the PJD.

Tel Aviv launched the bombing campaign against Gaza on May 10, after Palestinians retaliated against violent raids on worshipers at the al-Aqsa Mosque and the regime’s plans to force a number of Palestinian families out of their homes at Sheikh Jarrah neighborhood of East Jerusalem al-Quds.

Apparently caught off guard by unprecedented rocket barrages from Gaza, Israel announced a unilateral ceasefire on May 21, which Palestinian resistance groups accepted with Egyptian mediation.

Donald Trump’s so-called “deal of the century” on the Israeli-Palestinian conflict.

“Morocco sees the Palestinian issue in the same position as Western Sahara. It has a very important place for all Moroccans, including the king, the government and the people,” he said.

In December 2020, Morocco became the fourth Arab country, after the United Arab Emirates, Bahrain and Sudan, to announce that it had agreed to forge formal diplomatic ties with the Tel Aviv regime.