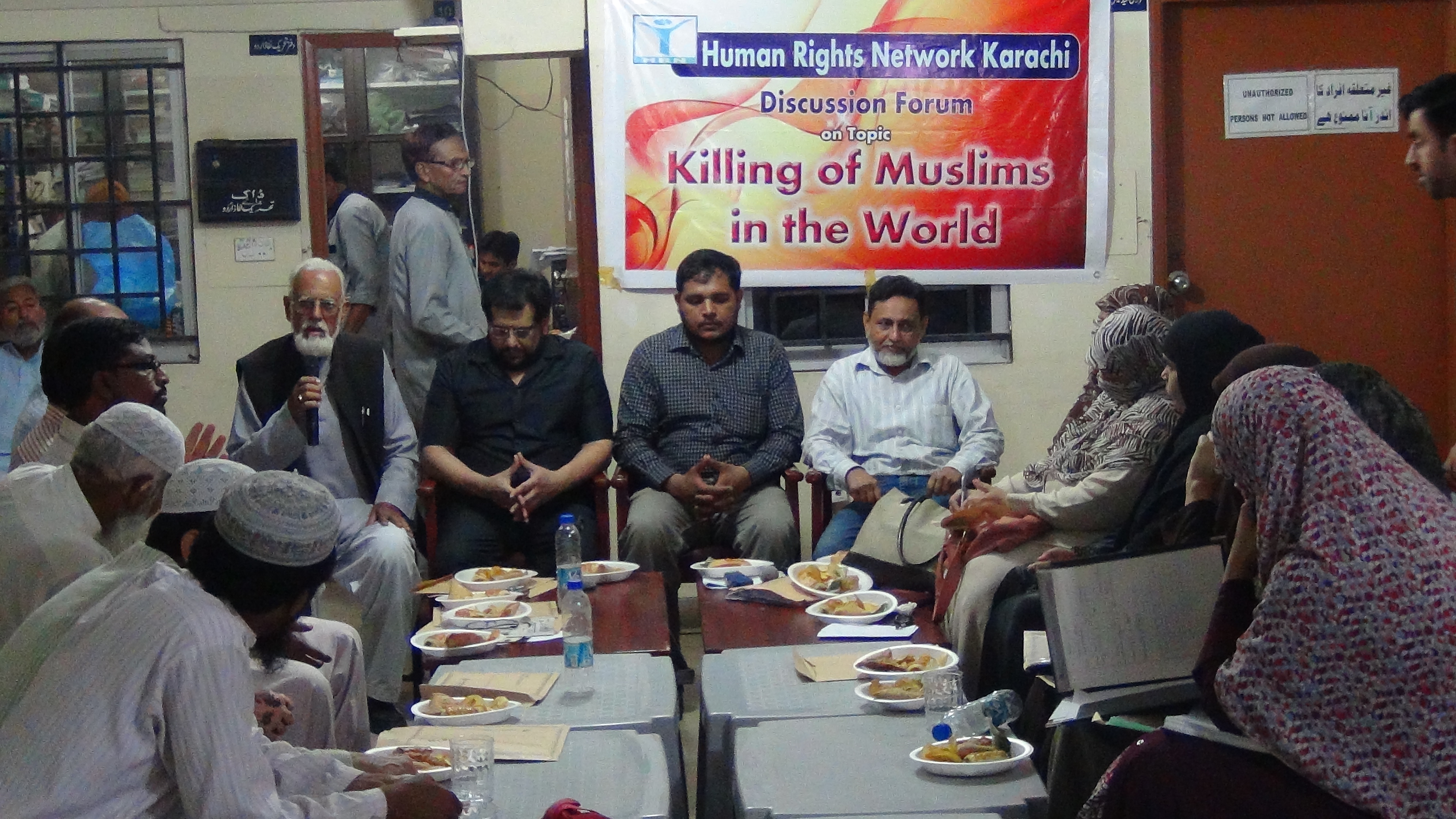 Pakistan-based human rights activists endorsed the Palestine Foundation (PLF)’s demand and proposals for immediate return of Palestinians to their original areas of residence now under illegitimate occupation of Zionist regime of Israel.

Sabir Karbalai, spokesman for the PLF, briefed them about the grievances of Palestinians and asked them to unite on the issue. The HR activists agreed with the idea and announced their all support to the oppressed people of Palestine.

They condemned the Zionist regime of Israel for illegitimate occupation of holy land of Palestine and enslaving Palestinians for last 66 years. They condemned Israel and its supporters for Nakba Day’s brutalities that left hundreds of thousands massacred and homeless.