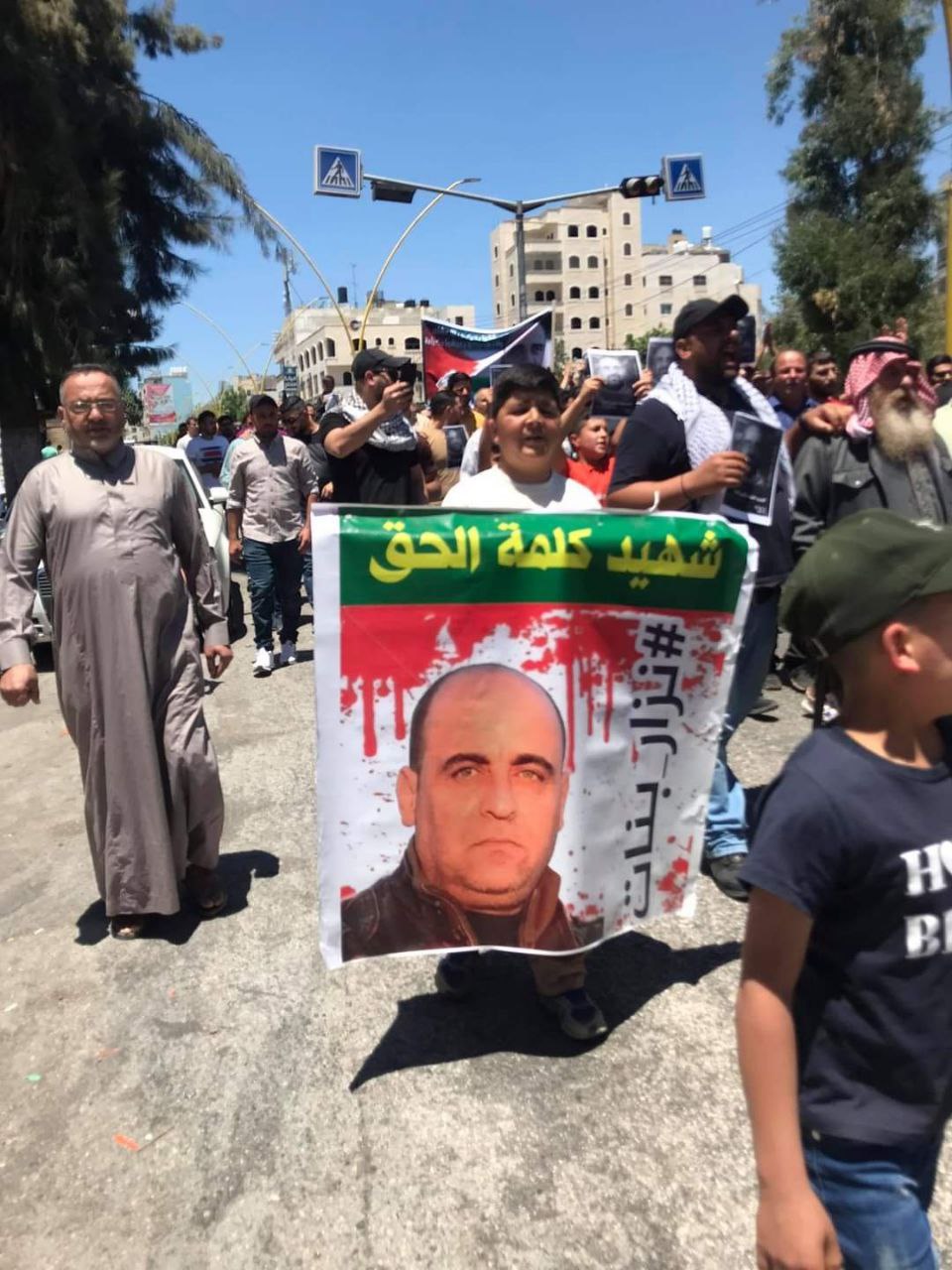 Hebron – Hundreds of Palestinians have demonstrated today in Hebron city in the occupied West Bank against the Palestinian Authority’s killing and assassination of activist Nizar Banat, chanting against President Mahmoud Abbas and calling him to step down.

Hundreds of Palestinians took to the streets of Hebron city to protest against the PA’s killing of Banat, an outspoken critic of the PA who had intended to run in parliamentary elections before they were cancelled earlier this year.

The protesters have chanted against Abbas and called him to step down.

The protestors have also called to conduct a comprehensive investigation into what happened and to ensure that those responsible for Banat’s death were punished.

“The people want to bring down the regime,” they chanted.

Earlier in June, Banat was killed by the PA forces as his health deteriorated when a force of the security services went to arrest him

It said he was taken to a hospital where he was later announced dead, as around 25 Palestinian security forces stormed the home where Nizar was staying, blowing out doors and windows,beating Nizar with an iron bar and sprayed pepper spray in his eyes before undressing him and dragging him away to a vehicle.

In response, Palestinians have been rallying to the streets to express their anger and condemnation while chanting against Abbas.