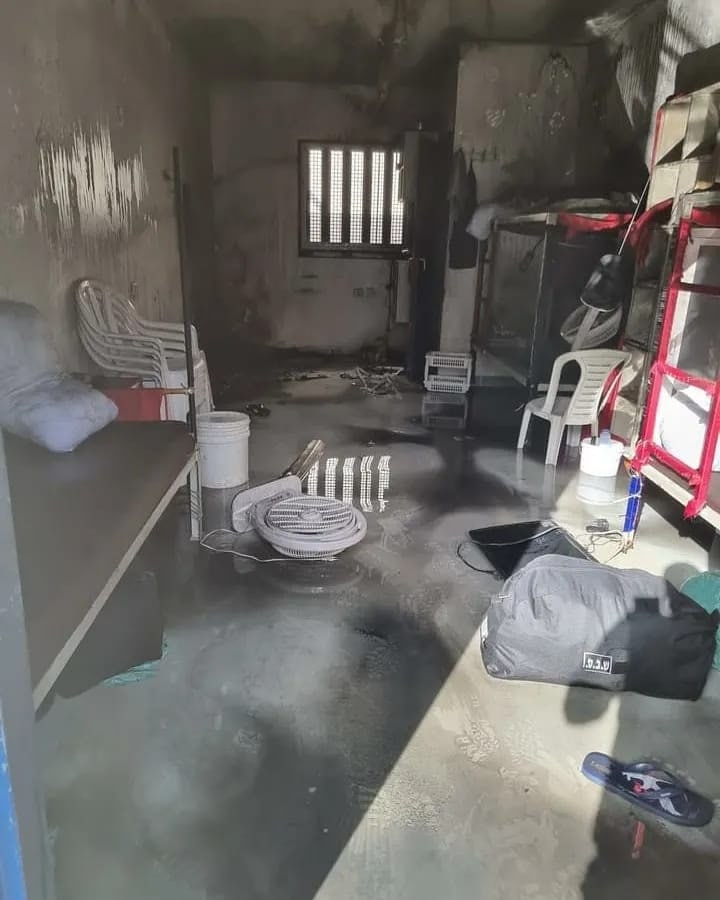 Negev desert – Palestinian prisoners in the Negev prison have set fire in 7 sections of the prison, in response to brutal attacks and suppression carried out by the prisons administration and suppression units today against them.

The Palestinian Commission of Detainees’ and ex-Detainees’ Affairs on Wednesday said that Palestinian prisoners in section 6 of the Israeli Negev prison was subjected to a brutal attack and suppression by Israeli special units accompanied by guard dogs.

The prisoners were thrown out of section 6 after being handcuffed, shackled by the feet, and brutally beaten by the special units.

In response, the prisoners in the Negev prison have set fire in 7 sections of the prison.

Today, all Palestinian prisoners held in Israeli jails announced general alarm and insurgency against Israeli laws, in response to the Israeli repression and punitive measures, which have been imposed for the third day in a row following the heroic act of six Palestinian prisoners who managed to free themselves on September 6 2021, from Gilbou prison, a high-security Israeli prison, through a secret tunnel they had reportedly dug beneath the prison.