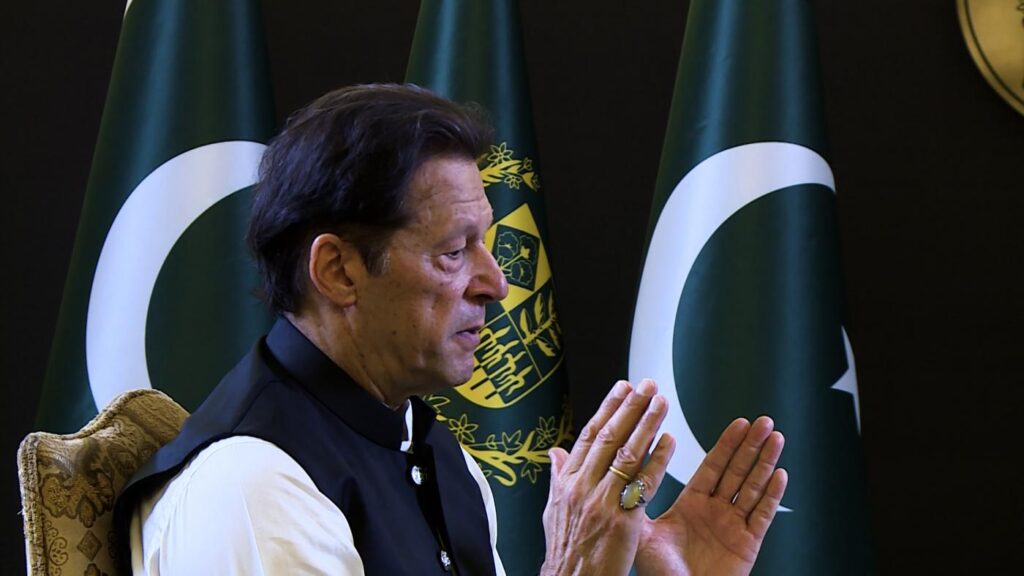 Islamabad – Pakistan Prime Minister Imran Khan has said that India enjoys the same kind of impunity within the international community over its attempts to change the demographic balance of Kashmir that Israel has in the occupied Palestinian territories.

In an interview, Khan accused his counterpart Narendra Modi, the Indian prime minister, of copying Israel’s playbook by allowing settlers to acquire land in the disputed territory, which has been claimed – and fought over – by both Pakistan and India since 1947.

He also accused India of breaching the Geneva Convention by changing the Indian constitution to end Kashmiri autonomy.

In August 2019, Modi sent tens of thousands of additional troops into the Muslim-majority state, imposed a curfew and announced the abolition of Article 370 of the Indian constitution – which guaranteed autonomy to Kashmir for more than 70 years.

Many Kashmiris fear the ultimate intention of the Modi government is to fundamentally change the demographic of the region by allowing people from outside the state to buy land.

Khan told MEE that India had not been challenged more forcefully on the international stage because its western allies saw it as a bulwark against China.

But he said India had also benefited from a deepening strategic and military relationship with Israel, forged by Modi’s visit to the country in July 2017, and by then-Israeli Prime Minister Benjamin Netanyahu’s return visit to India the following year – after decades of diplomatic estrangement.

The relationship has included the joint development by Israel Aerospace Industries and Indian contractors of the Barak-8 aerial defence system for use by both countries’ militaries, which was described by Indian Defence Minister Rajnath Singh last month as a “game-changer”.

Khan said India had also drawn on Israel’s illegal and brutal occupation of the Palestinian territories and the impunity the country has enjoyed as a consequence of its alliance with the US, in its own quashing of opposition and criticism of its actions in Kashmir.

“[Israel has] built such a strong security apparatus and [they] just crush anything. They send people who kill and assassinate and they have total immunity,” he said.

“Whatever the UN general assembly says, they have complete confidence in the veto the US has in the Security Council. So they get away with anything. And I feel that India feels [it has immunity] because they are being used… as a bulwark against China.”

Pakistan has a long history of supporting the Palestinian cause for a free and independent state and rejecting the Israeli occupation of Palestine.

Last January, in an interview with a Turkish television station, Khan said there are two reasons why Pakistan cannot recognize ‘Israel.’

“The situation in Kashmir is exactly the same situation in Palestine. If we recognize Israel’s takeover of Palestine territories, then we also have to recognize what India has done in Kashmir, so we completely lose moral standing,” he said.