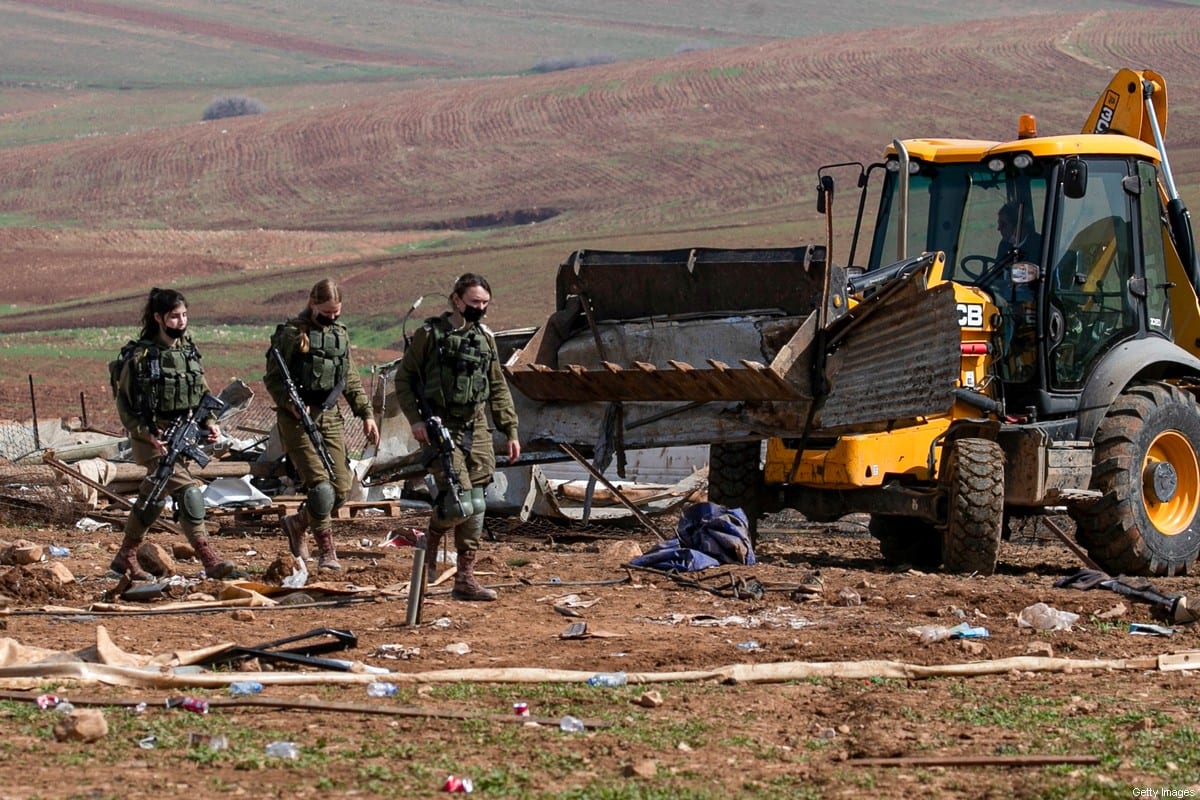 Israeli authorities today ordered the demolition of Palestinian homes in the village of Hamsa Al-Fawqa in the northern Jordan Valley, northeast of the occupied West Bank.

Housing units in the village were previously subjected to four demolitions, including as recently as last November.

The village is one of 38 Bedouin villages that are partially or completely located within a field that Israel declared a military firing zone.

Palestinian homes in the Jordan Valley are subjected to demolitions by Israeli authorities who claim that they were built without permits.

The area of the Palestinian Jordan Valley covers about 395,368 acres with about 13,000 Israeli settlers living across 38 illegal settlements. Meanwhile, around 65,000 Palestinians live in 34 communities.