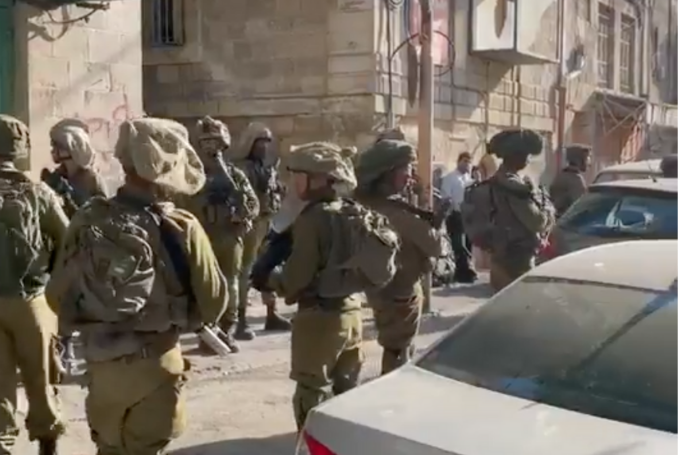 The Israeli army on Thursday sealed off the old city of Hebron (Al-Khalil), the official Palestinian news agency WAFA reported.

WAFA correspondent said that Israeli forces barged their way into the municipality square and fired concussion grenades towards local stores, forcing Palestinian merchants to close their stores and leave the area.

Local Palestinians slammed the recurrent closure of the stores as intended to put pressure on the merchants to relocate their businesses outside the old city of Hebron to seize the stores and make room for colonial settlement expansion.

An estimated 800 notoriously aggressive Jewish settlers live under the protection of thousands of soldiers in Hebron’s old city, home to over 30,000 Palestinians.