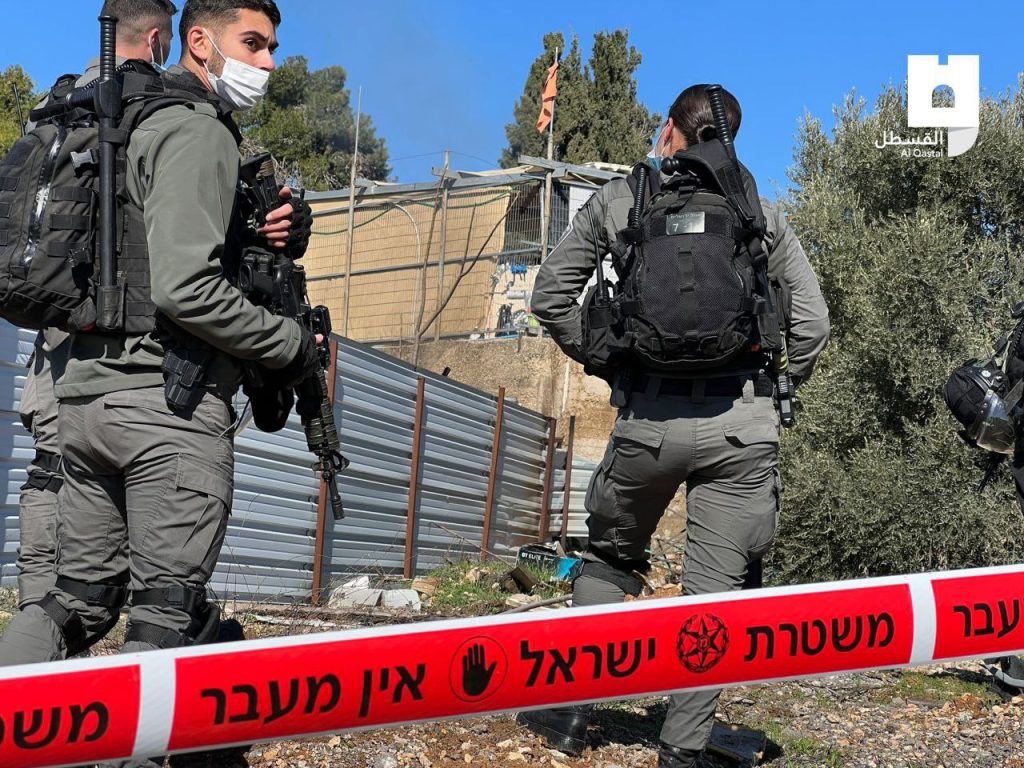 Earlier today, the Israeli occupation forces and municipality staff stormed the neighborhood of Sheikh Jarrah and forced the Salhiya family to empty their nursery of contents, as a prelude to demolish it and seize the land, claiming that the seizure of the land was in the “public interest” to establish a school there.

The house of the family was also cordoned off by the forces who forcibly displaced the family.

The occupation municipality has ordered the family to leave its house and gave it until January 25 to implement the decision. The family received the order at least three times in four months.

However, Mahmoud, the owner of the house, refused today to obey the order of the municipality and threatened to set himself and the house on fire, in opposition to the forced displacement.

Hours later, after the occupation forces called in reinforcements as Mahmoud refused to obey the Israeli dispossession order, the family members poured gasoline on their house’s roof and threatened again to set the house on fire.

Large numbers of occupation soldiers and police officers have also deployed in the vicinity of the family’s house, besieging the house.

The Salhiya family was displaced from its house in the west Jerusalem neighborhood of Ein Karem in 1948 during the ethnic cleansing of the village.

They bought a new house in the 1950s in the Sheikh Jarrah neighborhood, over a decade before ‘Israel’ occupied and annexed the area. The house is inhabited by two families made up of 12 members, including nine children.

The family was offered by the occupation municipality an eight-month extension to convince them to sign a paper stating that they would become a tenant of the house, but they refused.

The family also said that the battle to keep its house had cost them around NIS 600,000 (about $ 190,000) in fines, the cost of filing cases and appointing lawyers.

More than 500 Palestinians living in 28 houses in the neighborhood are also threatened with forced displacement by settler organizations supported by the Israeli occupation government.