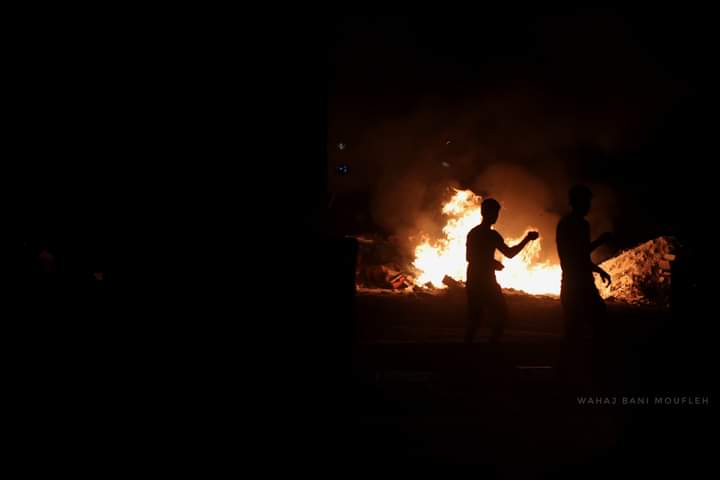 Nablus – At least 105 Palestinian protesters were injuried by Israeli occupation forces on Tuesday in Beita village in Nablus in the occupied West Bank.

The Palestinian Red Crescent said at least 19 Palestinians were injuried by rubber-coated metal bullets shot by Israeli forces in Beita, including a journalist who was covering the forces attacks.

72 others suffocated with teargas fired at them by the occupation forces.

14 others sustained injuries due to falling from high places after being chased and assaulted by the forces.

The Palestinian Red Crescent said it provided treatment to the injuries, as three of them were rushed to hospitals for urgent treatment.

The protesters were demonstrating against the forces killing of 41-year-old Palestinian man Shadi Al-Shurafa, who is a municipal water technician, yesterday as he was shot by the Israeli forces near the entrance of Beita when he went to open the main supplying water to the village.

The body of Al-Shrafa is still withheld by the occupation authorities, as local sources said.

Photos | Several #Palestinian-owned vehicles sustained partial damage last night in an attack by the Israeli occupation forces on the village of Beita, in the occupied West Bank. pic.twitter.com/eJaYdG6mes