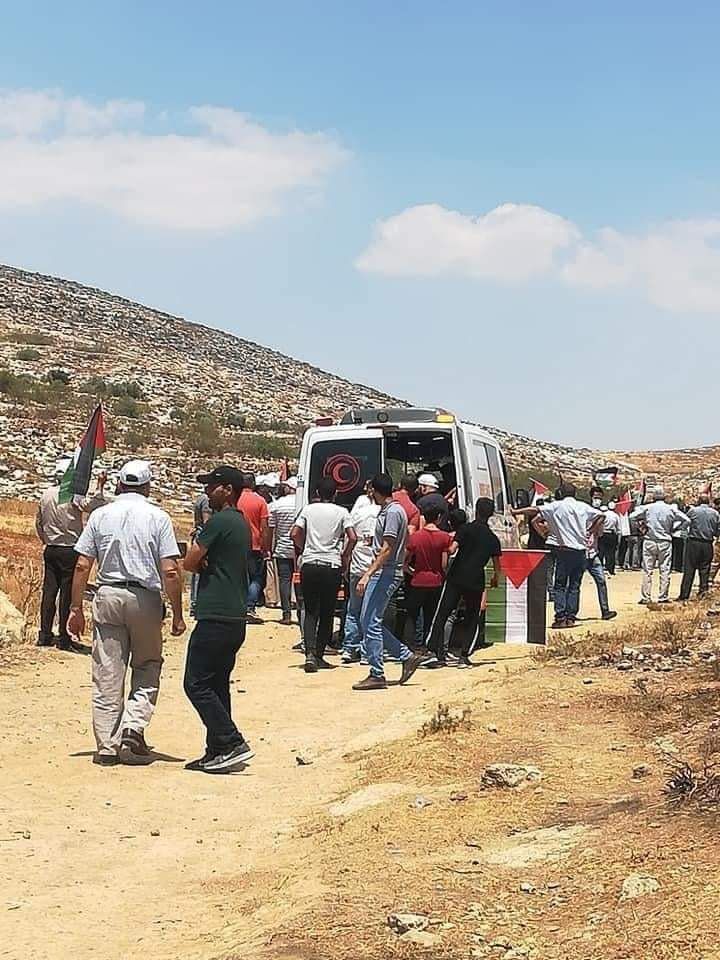 Nablus – At least 12 Palestinian protesters were injuried by Israeli occupation forces on Friday evening in Beita and Beit Dajan villages in Nablus in the occupied West Bank.

Beit Dajan and Beita villages are the site of weekly protests against the Israeli occupation and settlement expansion, which are often suppressed by Israeli forces.

While Beit Dajan village lands spread across approximately 6,650 acres, according to the Applied Research Institute – Jerusalem, large swathes of territory east of the village have been confiscated by the occupation state, labelled military zones and turned into the site for military bases and settlements, which are illegal under international law.

Regarding Beita, the occupation authorities also evacuated dozens of Israeli settlers two weeks ago from the illegal settlement of Evyatar in Beita, after a deal was reached between a settler leader and the occupation government of new Prime Minister Naftali Bennett.