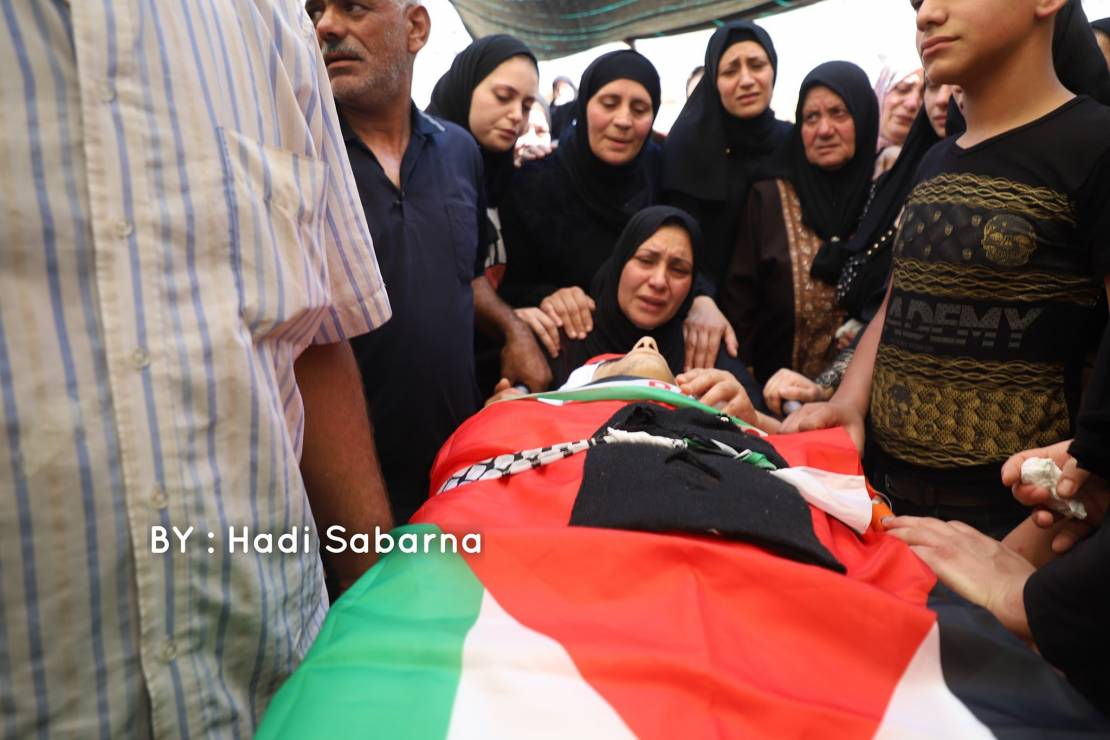 The participants chanted slogans against the occupation and its crimes. They also called for retaliation.

The funeral started after performing the funeral prayer. Israeli forces attacked the participants and chased them in the streets of the town. Dozens got suffocated when Israeli soldiers, who climbed the roofs of some houses, threw poisonous tear gas grenades.