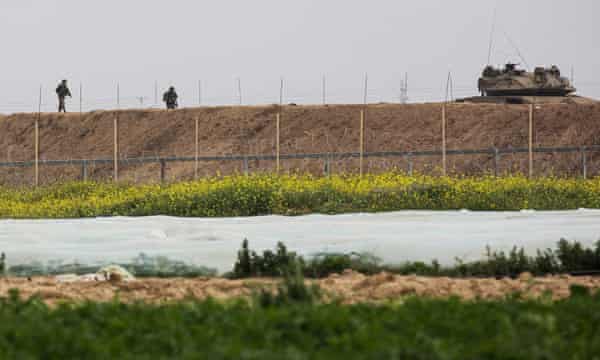 Local sources said that Israeli occupation forces opened random fire toward Palestinian farmers as they were working in farmlands near to the Gaza perimeter fence to the south-east of Gaza City, in al-Zaytoun neighborhood, forcing them to leave.

However, no injuries were reported.

‘Israel’ often infiltrates Gaza borders and levels lands reaching some 300 meters inside the Gaza Strip while shooting at Palestinian farmers who attempt to reach their lands in what ‘Israel’ has declared as a buffer zone.

The occupation forces deliberately target farmers on border areas to the north and east of the besieged Gaza Strip and prevent them from accessing their lands.

Meanwhile, the Israeli naval forces also opened fire and water cannons on fishermen while sailing at about three nautical miles from the shore of Al-Sudaniya area in Gaza City, causing partial damage to at least one boat and forcing fishermen to return to the shore.