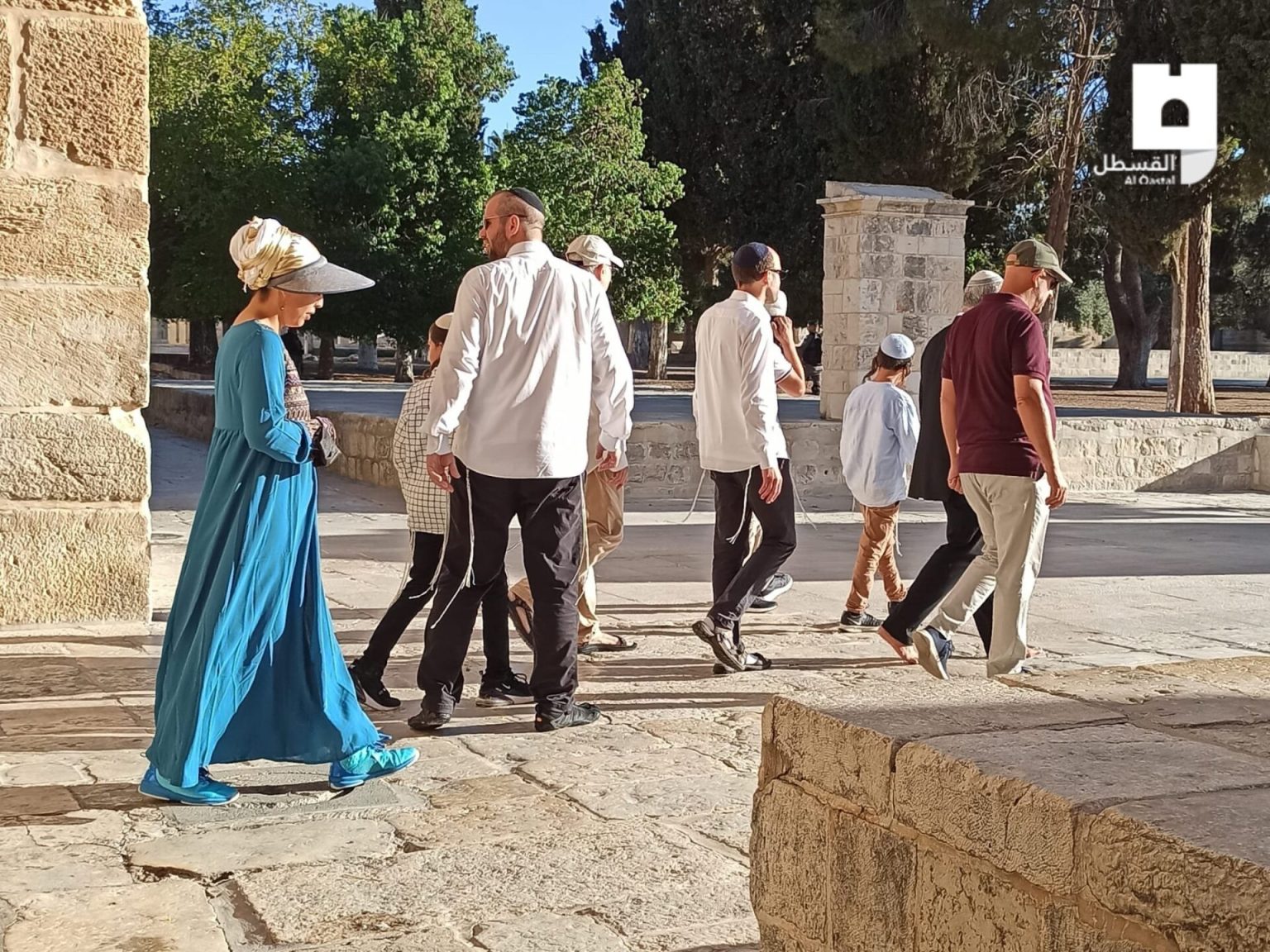 Occupied Jerusalem – Extremist Israeli settlers earlier on Wednesday broke into the courtyards of Al-Aqsa Mosque in the occupied city of Jerusalem.

For the second day in a row, over 130 extremist Israeli settlers broke into the courtyards of Al-Aqsa Mosque today, provoking Palestinian worshipers by performing Talmudic prayers to mark the so-called Jewish New Year, under the occupation forces protection.

Several groups of Israeli fanatics and terrorist organizations had called for massive raids into the holy mosque from Sunday to Thursday to mark the so-called Jewish New Year.

The settlers today broke into the courtyards of the holy site by entering through the Damascus Gate- which Palestinians call Bab al-Amoud Gate.