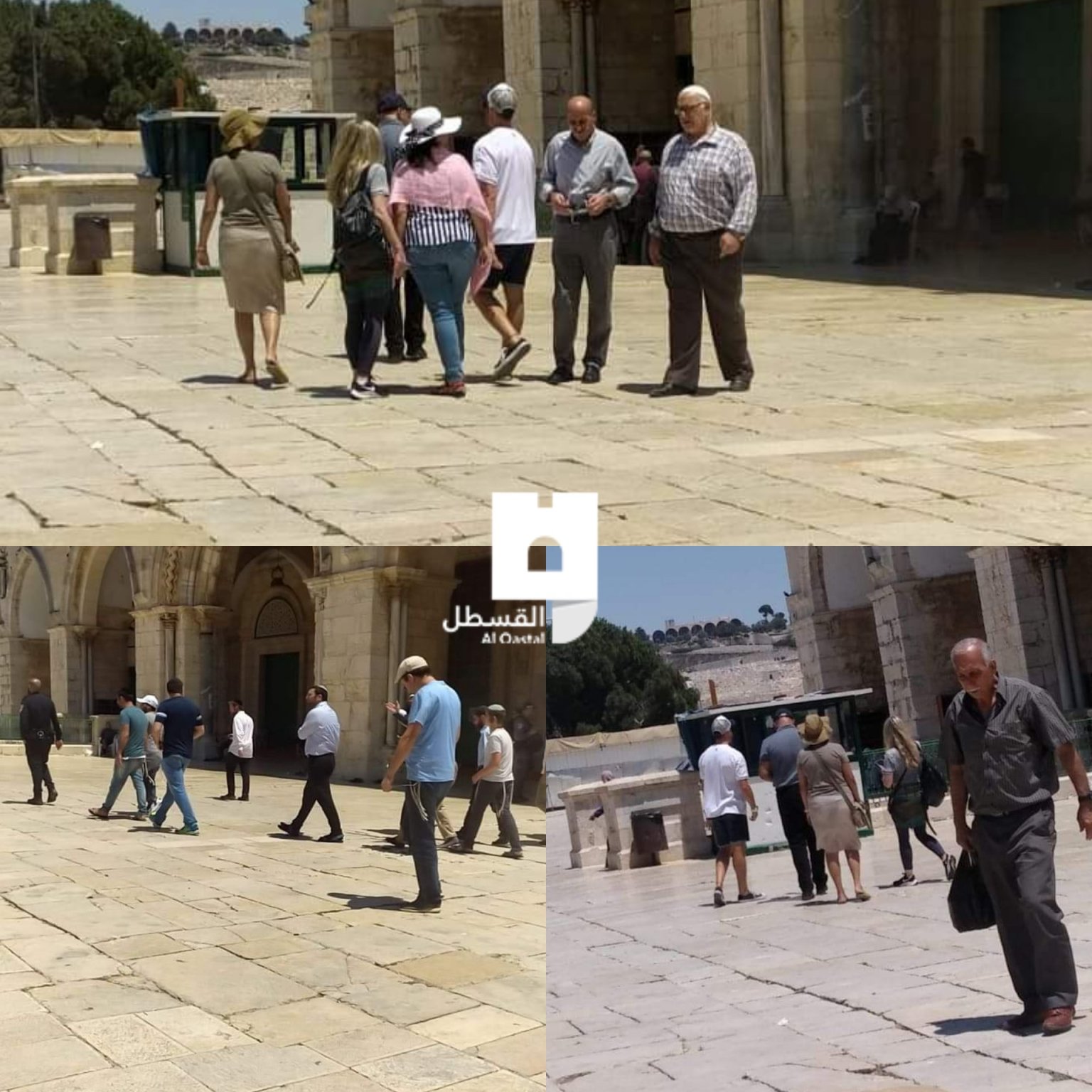 The settlers entered through the Al-Mughrabi Gate and till now, they are provoking the Palestinian worshipers in the mosque courtyards by performing Talmudic prayers.

Among the settlers who stormed the mosque were a group called “Women for the Temple Mount” who also performed provocative tours.