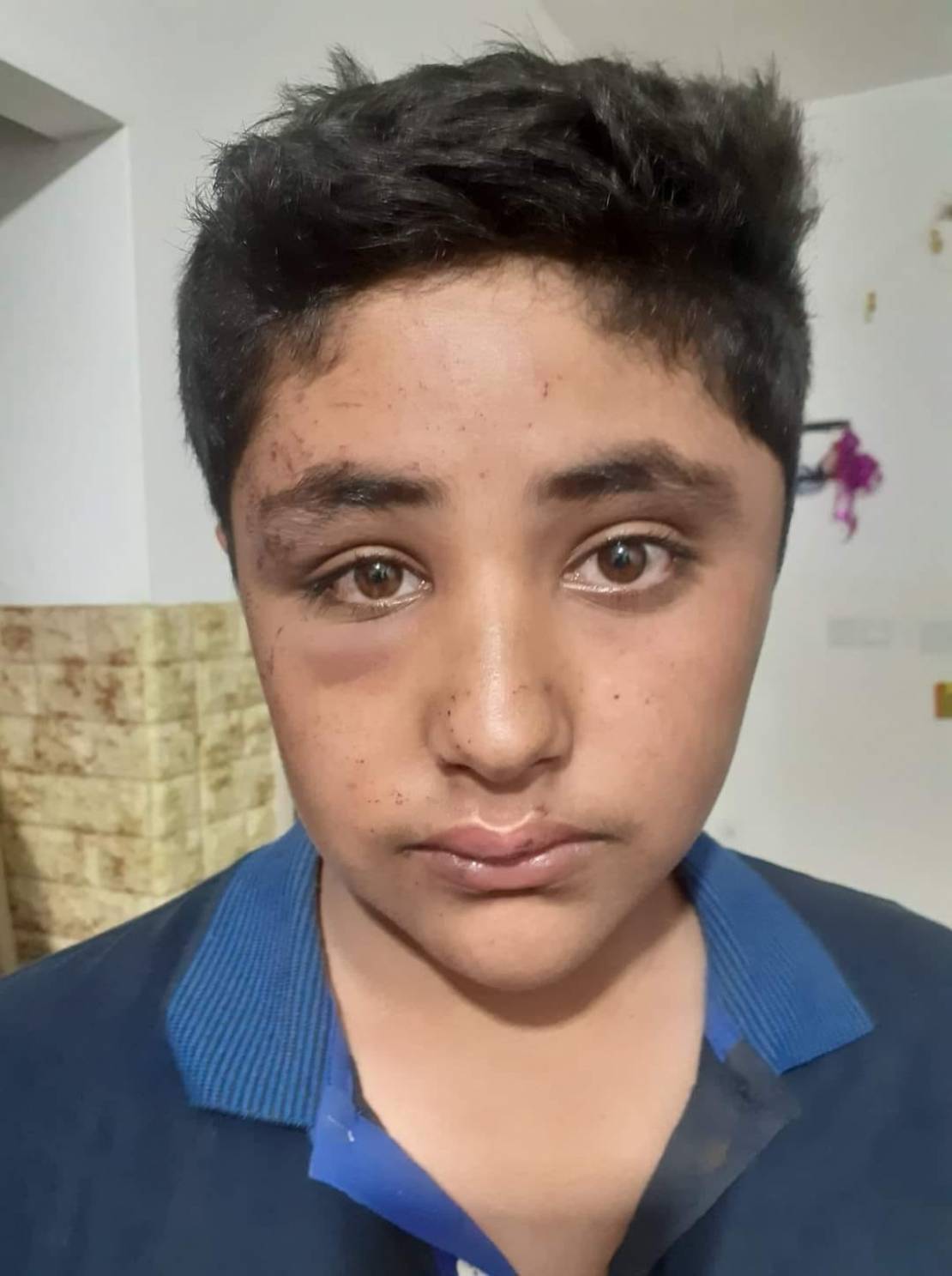 Occupied Ramallah – Israeli forces on Monday beat up and arrested the child Mustafa Khalil Ameereh (13 years old) while he was in the land of his family in Ni’lin in western Ramallah.

Mustafa’s father told QNN that an Israeli force arrested his son after beating him up while he was in their land in Ni’lin, a village separated by the Israeli apartheid wall.

He said that the soldiers brutally beat him then dragged him and took him inside a military vehicle while he was suffering from injuries.

The 13-year-old child told his family that Israeli soldiers assaulted him then handed him over to another Israeli force near the apartheid wall.

The father also told QNN that Israeli policemen interrogated his son for long hours and deprived him of sleep and food. They released him on the early morning of the following day.

Ameereh stressed that his son has bruises all across his body and he has been suffering trauma.