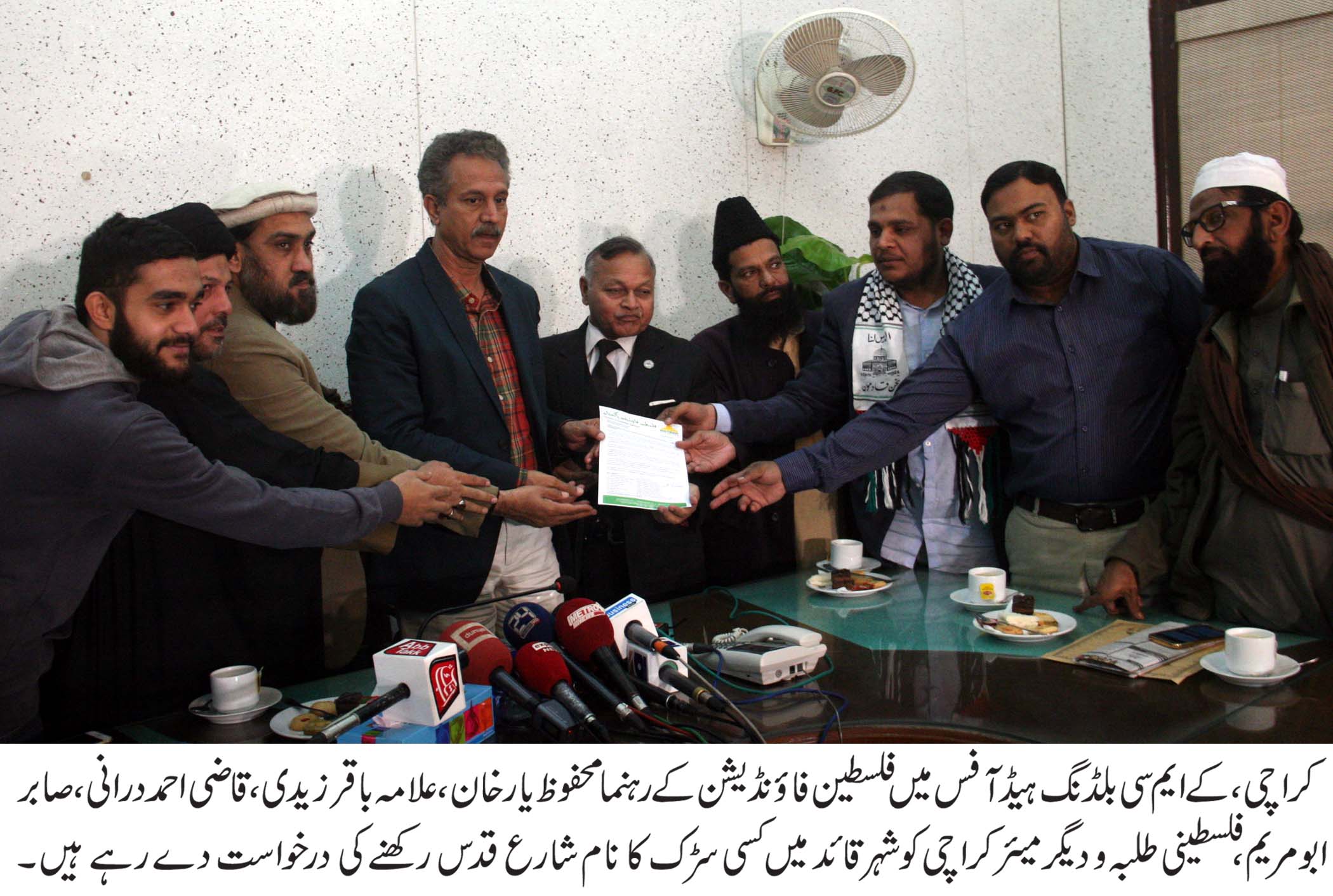 Speaking to the delegation Mayor Karachi Waseem Akhtar said that the crisis in Palestine stands a grave issue and working for the cause remains divine. He said that it’s against all odds for Israel to have not only usurped Palestinian land but went ahead with gross human rights violations in the region, humiliating the World Carter of human rights itself.
He demanded the United Nations to take practical measures to bring resolve to the continuous cruelty Israel bequeaths on Palestine.

The mayor extended his support to the Foundation stating that Karachi stand with the nation of the oppressed and appreciated the efforts made by PLF-P for the cause.
PLF-P’s central secretary general Sabir Abu Maryam took the opportunity to congratulate the Mayor on his succession to the seat and requested to name a street in Karachi ‘Shahra-e-Quds’, in rememberance and showing solidarity with Qibla-e-Awal and the subjugated nation of Palestine.

The mayor agreed to bring the matter forth his council to pursue PLF-P’s request.