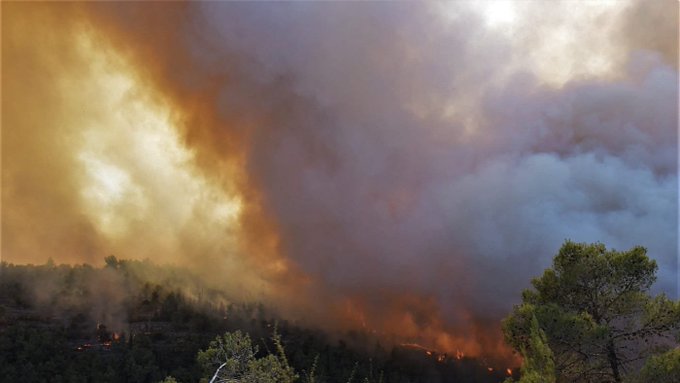 Occupied Jerusalem – As fire continues to spread across occupied Jerusalem for the second day, ‘Israel’ is considering requesting international aid to combat the wildfire which forced hundreds of settlers to evacuate their homes.

The fires have consumed some 4,200 acres of natural forest, Israeli officials said Monday.

Watch | Scenes from the fires erupted in agricultural lands near the Israeli occupation settlements in the occupied #Jerusalem, today. pic.twitter.com/JRjE396m8L