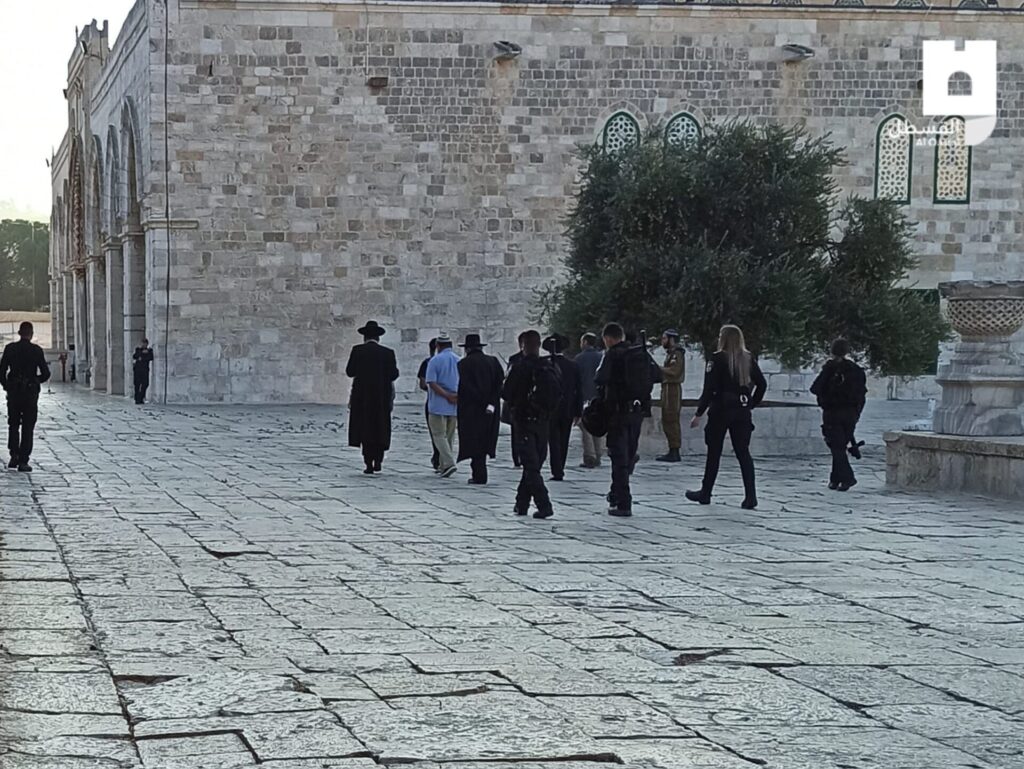 Occupied Jerusalem – Extremist Israeli settlers broke into the courtyards of the Al-Aqsa Mosque in the occupied city of Jerusalem in the early morning hours of Monday.

Under the occupation forces protection, over 50 Israeli settlers broke into the courtyards of Al-Aqsa Mosque during the morning break-in session.

The settlers entered through the Damascus Gate- which Palestinians call Bab al-Amoud Gate- and they were provoking the Palestinian worshipers by performing Talmudic prayers loudly in the courtyards of the mosque.