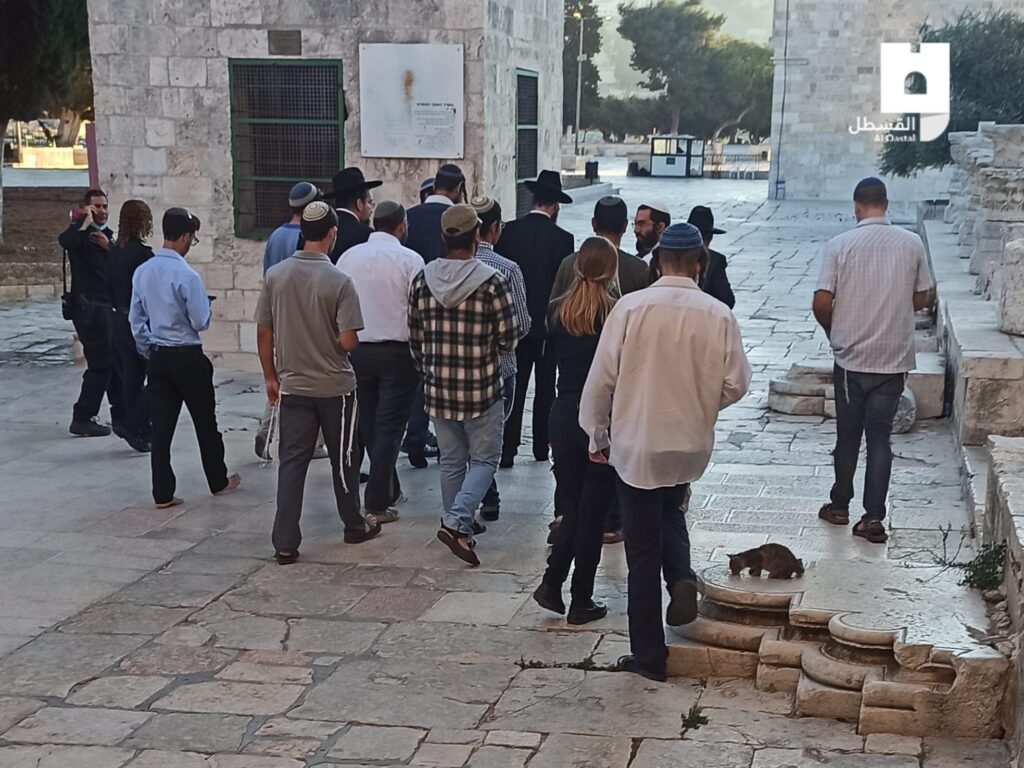 Occupied Jerusalem – A large number of extremist Israeli settlers have broken into the courtyards of the Al-Aqsa Mosque in the occupied city of Jerusalem since the early morning hours of Wednesday.

Under the occupation forces protection, over 50 Israeli settlers broke into the courtyards of Al-Aqsa Mosque during the morning break-in session and their incursions to the mosque continues till this moment.

The settlers entered through the Damascus Gate- which Palestinians call Bab al-Amoud Gate- and they are now provoking the Palestinian worshipers by performing Talmudic prayers loudly in the courtyards of the mosque and taking pictures.

Among the settlers who stormed the mosque was a group called “Women of Temple” who is also performing provocative tours till now.