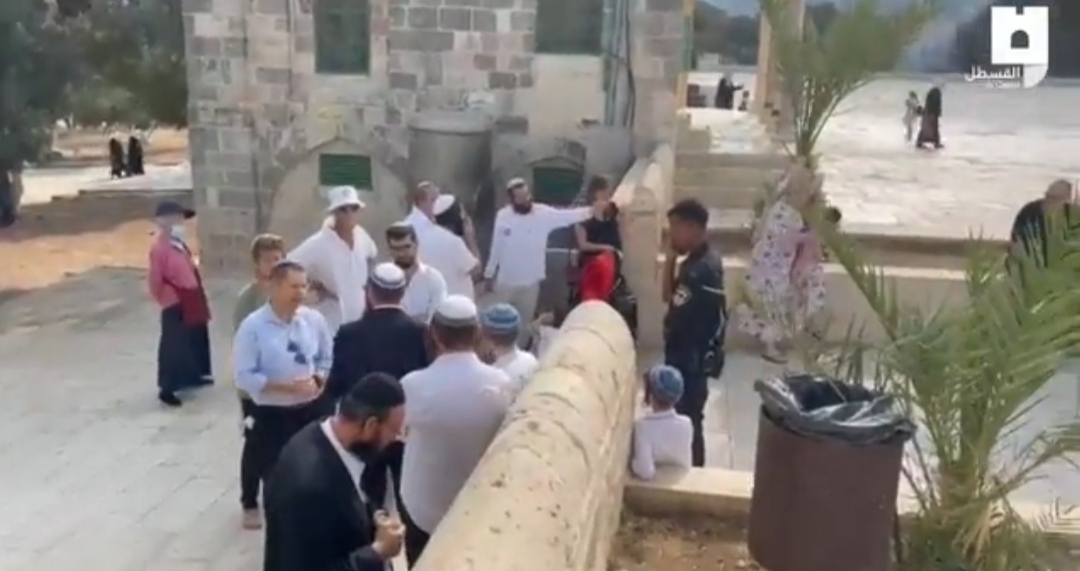 Under the occupation forces protection, over 80 Israeli settlers broke into the courtyards of Al-Aqsa Mosque during the morning break-in session.

Local sources also said that the forces have arrested a Palestinian man at the courtyards of the mosque.