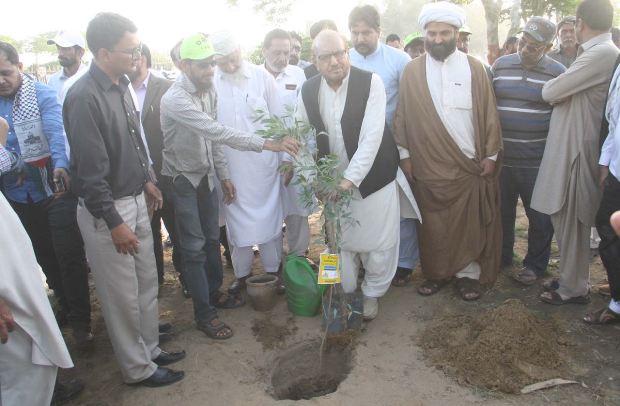 The MNA commended the efforts of PLF-P uttering that the freedom of Palestine is inevitable as the duty falls upon not only the ummah but the whole of humanity.

Member Provincial Assembly Javed Nagori, present during the event, addressed the audience that it’s a landmark that PLF-P planted 10,000 trees on “Palestinian Land Day” showing solidarity with the oppressed nation of Palestine.

Abo Maryam Secretary General PLF-P thanked the audience for their participation guaranteeing to take these campaigns a step further.