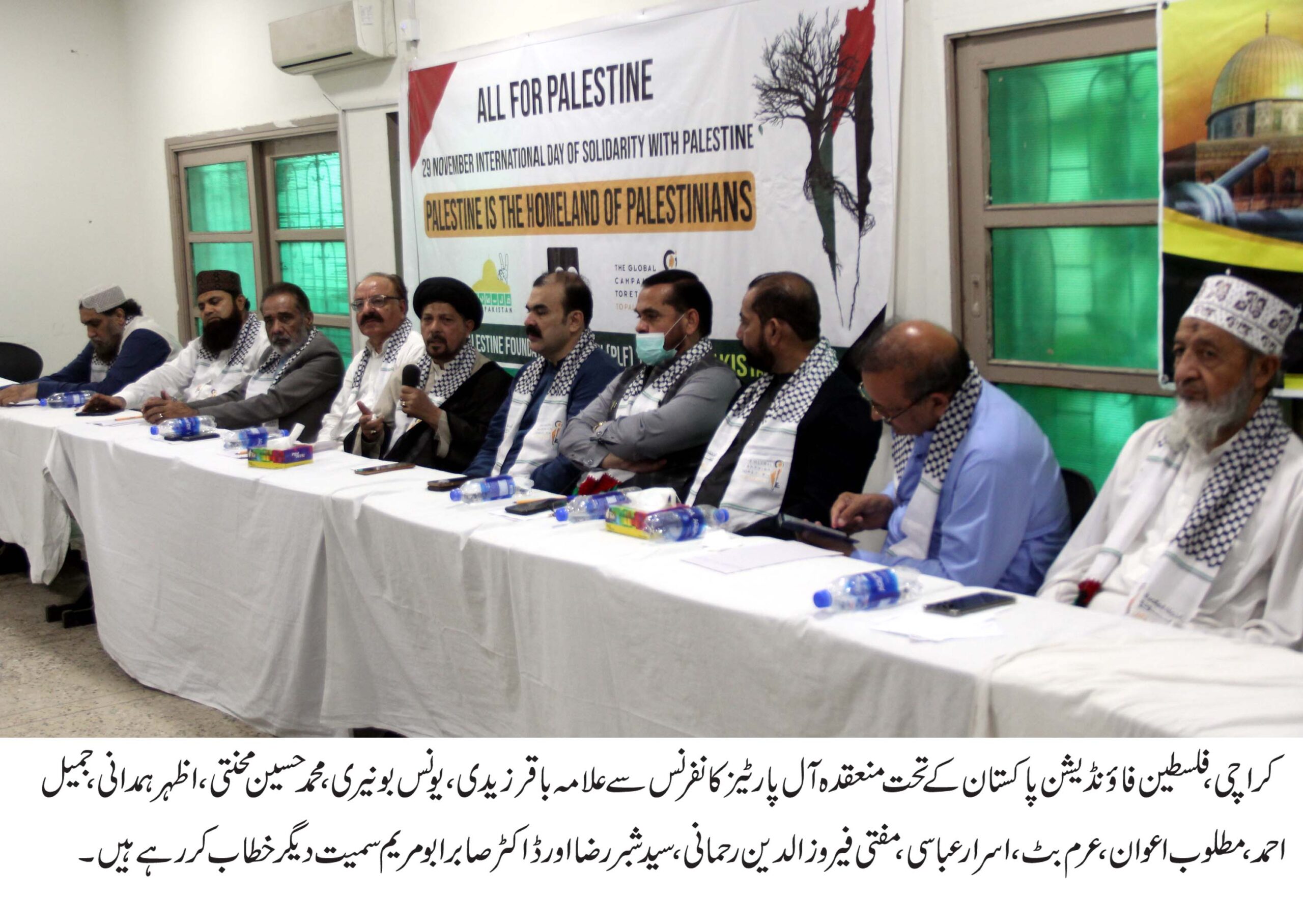 All Parties Conference organized by Palestine Foundation Pakistan on the occasion of Palestine Solidarity Day. Leaders of political and religious parties addressed the conference, The issue of Palestine is the issue of all humanity, the existence of Israel is destroying world peace. Speakers. Political Leaders have strongly condemned the British government for declaring Hamas a terrorist organization, The government of Pakistan should recognize Hamas as the official representative party of Palestine.

Karachi (PLF News) the issue of Palestine is an issue of all humanity, the existence of the Zionist usurper state of Israel is destroying world peace. These views were expressed by the leaders of political and religious parties while addressing an all-party conference organized by Palestine Foundation Pakistan on Thursday. The conference was hosted by PML-N leader Pir Azhar Ali Shah Hamdani while the conference was held at Darul Uloom Qamar-ul-Islam. 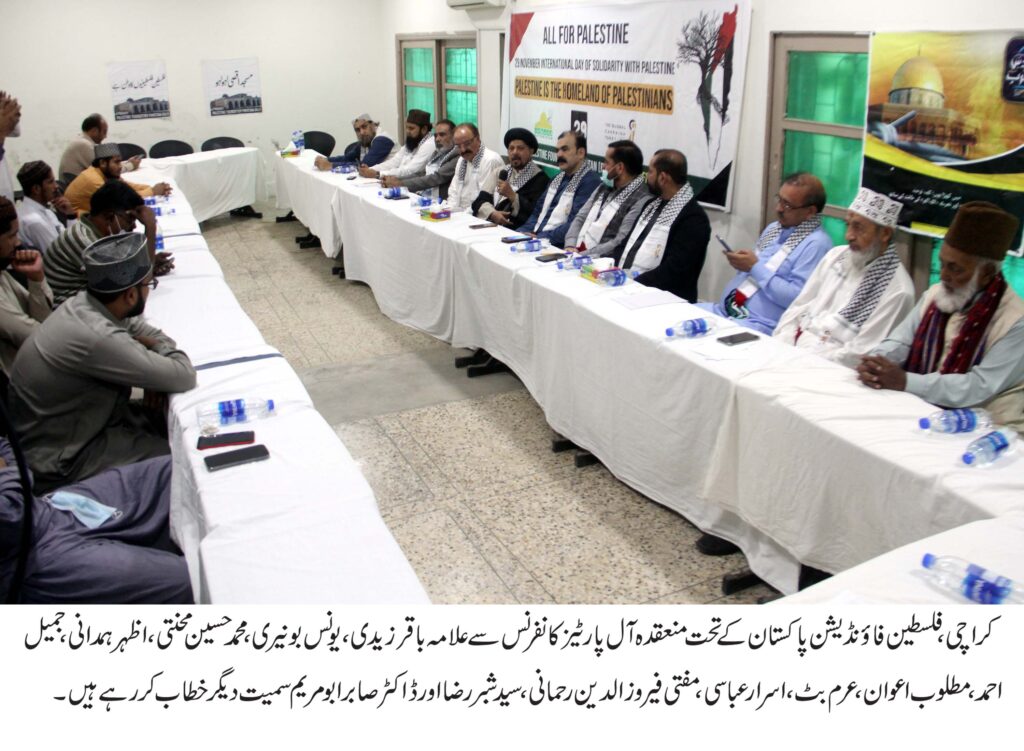 The leaders said that on the one hand there are Arab states which are establishing friendly relations with Israel, the fake state of Zionists established on Palestine, on the other hand there are oppressed Palestinians who have been engaged in continuous struggle for independence for last one century.

Whoever supports Israel is definitely with falsehood. The Palestinian people are fighting for their rights. It is our duty that we continue to support the Palestinians. They further added that Zionists as well as British colonialists and American imperialism are equally involved in the plan to evict Palestinians from their homeland and occupy Zionist Palestine. The United States and the United Kingdom are equal partners in barbarism. The speakers said that November 29 is celebrated all over the world as a day of solidarity with the Palestinians.