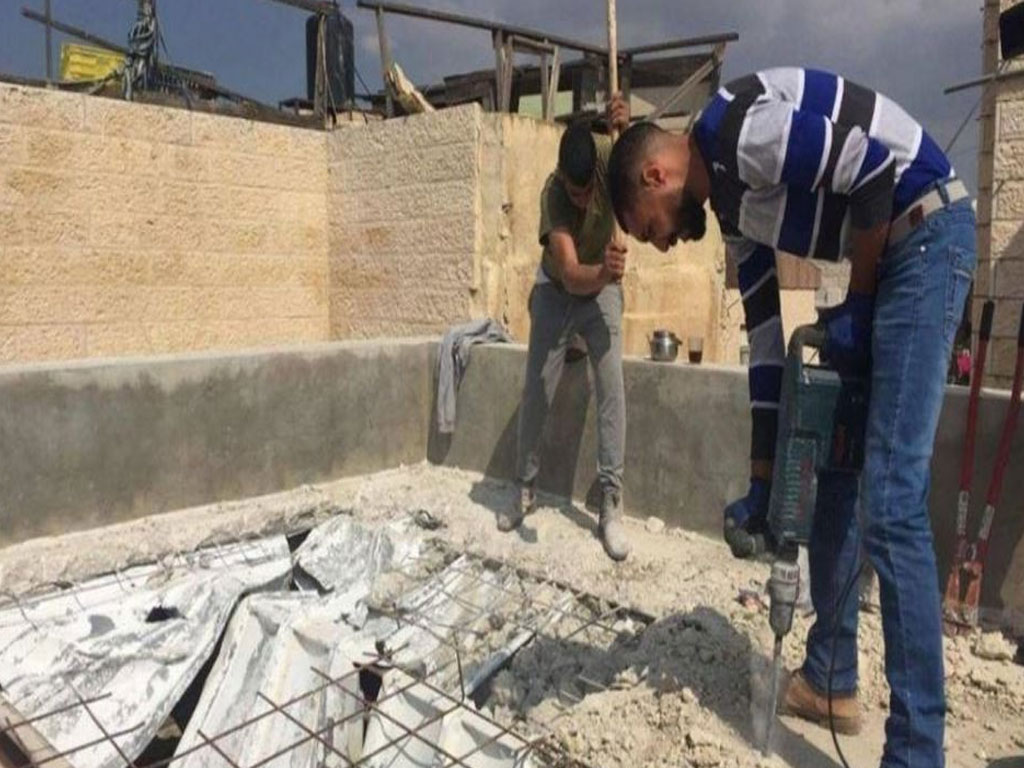 OCCUPIED JERUSALEM – The Israeli police forced a Palestinian family to demolish its commercial facilities in Ras al-Amud neighborhood in Silwan in Occupied Jerusalem on Tuesday morning.

Local sources affirmed that the Abu al-Saud family was forced to self-demolish a number of commercial facilities owned by the family for being built without Israeli permit.

The family was threatened to pay heavy demolition fees if its members refused to self-demolish the stores.

Israeli forces routinely carry out demolitions of Palestinian homes in Occupied Jerusalem under different legal pretexts, with one of the main ones being “building without a permit.”

At least one-third of all Palestinian homes in Jerusalem lack a building permit, placing some 100,000 Palestinians at risk of forced displacement.