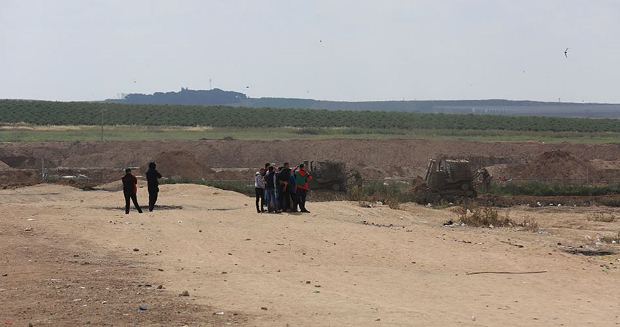 SALFIT (PNIC):-Palestinian shepherds and farmers in Bruqeen village have sounded alarm bells over the damage wrought by Israel’s settlement growth at the expense of pastoral areas and fertile grazing lands.

Local shepherds said the overall area of pastoral land lots has been reduced in size and quality on a quasi-daily basis as a result of the Israeli-built apartheid fences and settlement units.

Researcher Khaled Maali said pastoral ranches north of Bruqeen have been entirely destroyed by Israel’s industrial zone, devoted to residents of the illegal Ariel settlement. More serious damage has also been wrought by the Brukhin settlement and Israeli factories built in the area.

Maali said Israel’s settlement activities in the area represent flagrant breaches of internal law and have resulted in hazardous ecological and socio-economic fallouts in Salfit.