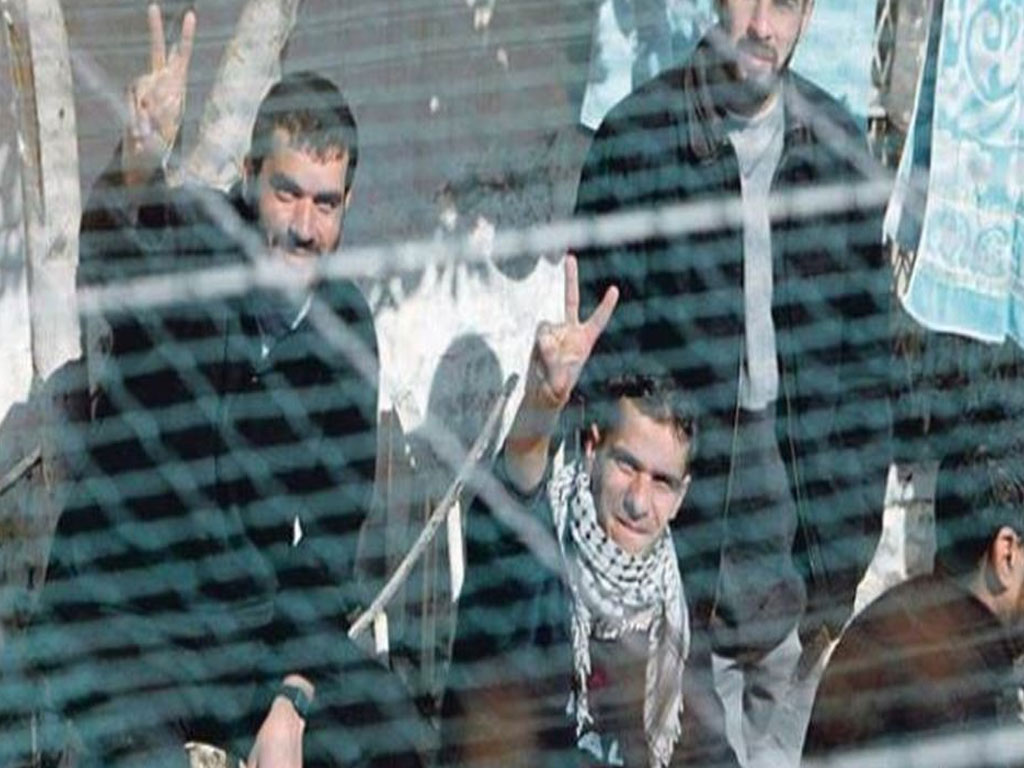 GAZA-The Palestinian prisoners will not stop their protest steps till meeting their demands, member of the Asra Media Office, Ayman Al-Sharawneh, said in press statements on Sunday evening.

Sharwaneh pointed out that the prisoners would escalate their protest steps in the coming days.

An open-ended hunger strike may also be declared, he added.

The Captive Movement has earlier declared that the protest steps will not stop till removing all the punitive measures.

Sharawneh also pointed to the administrative detainees’ decision to boycott Israeli courts, saying that the boycott campaign has disrupted the Israeli prison system.

500 administrative detainees have continued refusing to show up for their court sessions for the 50th day.

The boycott includes the initial hearings to uphold the administrative detention order, as well as appeal hearings and later sessions at the Supreme Court.

Under the banner, “Our decision is freedom,” the administrative detainees said in a statement their move comes as a continuation of longstanding Palestinian efforts “to put an end to the unjust administrative detention practiced against our people by the occupation forces”.