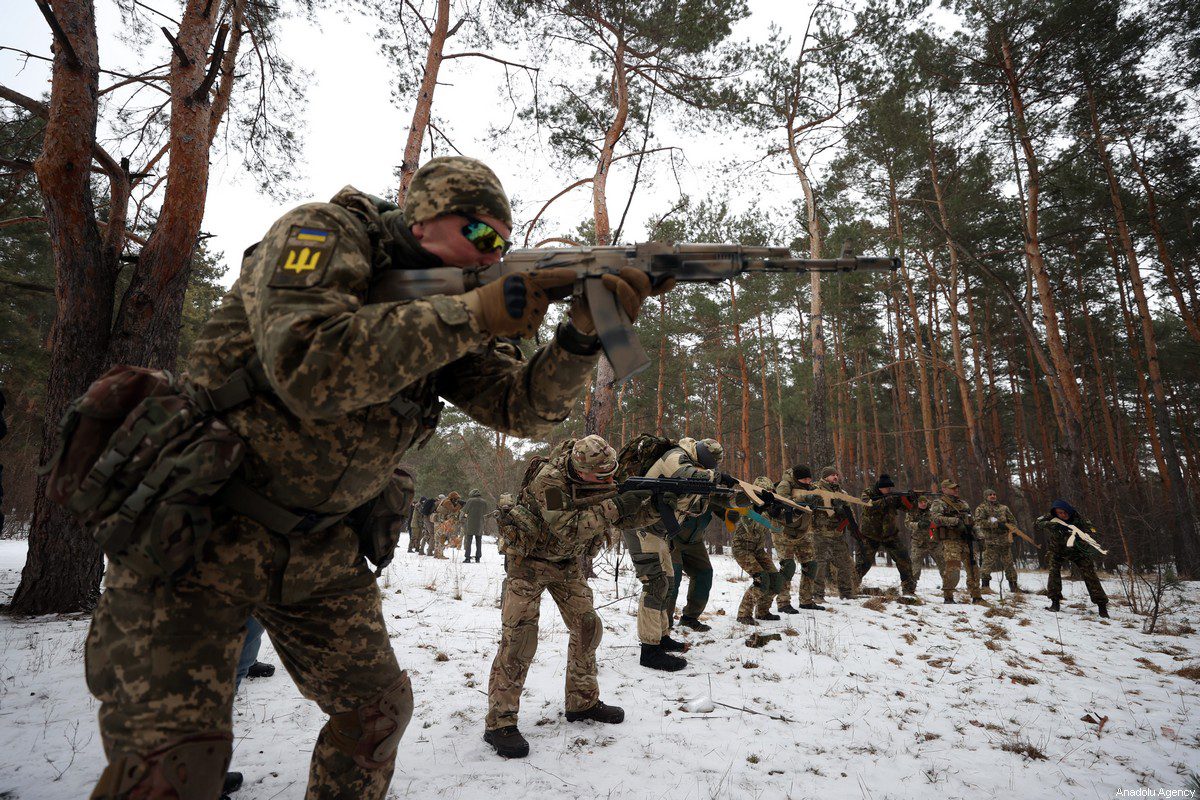 Russian forces have invaded Ukraine on 24 February, and the battles are still going on in the vicinity of the Ukrainian capital with the aim of controlling it and changing the regime there, according to what was spread by the media and Western officials. In the midst of the Russian invasion of Ukraine, many Western and European positions were issued to condemn this invasion, including a package of economic sanctions against Russia described as the toughest in current history. In addition to sending military equipment and weapons to support the Ukrainian army, Britain also supported the Ukrainian President’s position who called on all volunteers willing to fight alongside his forces to come to Ukraine to defend it.

It is well known that the use of force and the threat of force against the territorial integrity and political independence of other countries are prohibited by Paragraph 4 – Article 2 of the United Nations Charter. The only exception that allows states to use military force is Article 51 of the United Nations Charter, which states: “Nothing in the present Charter shall impair the inherent right of individual or collective self-defence if an armed attack occurs against a Member of the United Nations, until the Security Council has taken measures necessary to maintain international peace and security.” Russia’s attack on Ukraine is an organised and declared invasion and does not come within the scope of legitimate self-defence and, since Russia is the party which started the attack, so its behaviour is contrary to international law.

The principle of state sovereignty, the independence of their territories and the prohibition of the use of force are customary rules (jus cogens) that place on states obligations that are owed toward all (erga omnes) that may not be violated or transgressed in any case.

Regarding Palestine, and if we want to look at the issue according to the facts and rules of international law, the territories occupied by Israel after the Six-Day War in 1967 are accepted as occupied lands according to international law. This matter has been emphasised repeatedly by the United Nations, starting with Security Council Resolution 242, and not ending in Resolution 2334, also issued by the Security Council at the end of the Obama administration’s presidency in 2016, which decided at the time that the United States would not use the right of veto against this resolution. Therefore, when Israel, as the occupying power in those lands, attacks the Palestinians, their property and threatens their lives, whether in East Jerusalem, the West Bank or the Gaza Strip, this gives them the right to defend themselves according to Article 51 of the United Nations Charter.

Why does the West have a double standards policy? When it comes to a western state, they accept their right of self-defence, we do not doubt that, and they go further, where they call on everyone who is able to fight to go to Ukraine and fight alongside the Ukrainian forces, but when it comes to Palestine, it will be seen as cross-border terrorism. Even supporting the Palestinian resistance verbally, morally or materially has become a crime in some European countries, and is not seen as support for a nation which stands against the occupation in light of legitimate self-defence. Where, after the events of Sheikh Jarrah and the subsequent Israeli aggression on the Gaza Strip, the British government and Australia put the political wing of Hamas on the list of terrorist organisations in a clear denial of the right of the Palestinians to defend themselves.

International law considers all countries equally, regardless of their political weight, geographic area, economy and population.

OPINION: The war in Ukraine has taught us the truth about the West’s ‘universal values’

Palestine, although it did not gain its independence as a state and it is still under the Israeli occupation, yet meets all the criteria of the State according to the Montevideo Convention 1933, which defines 4 main requirements: 1) a permanent population (2) a defined territory (3) government and (4) the capacity to enter into relations with other States. Palestine possesses all these criteria and has obtained the status of an Observer Member in the United Nations, in addition to its membership in many international organisations and institutions such as UNESCO, Interpol and the International Criminal Court in a step that enhances its presence and entity on the international scene.

Therefore, Palestine in the balance of international law must be viewed as the same as Ukraine and, just as international law guarantees the Ukrainians the right to defend themselves against the Russian invasion, it must guarantee the Palestinians their right to defend themselves against the Israeli occupation. Stop the policy of double standards and stop branding the Palestinian resistance with terrorism by respecting UN General Assembly Resolution 3236/1974, which gave the Palestinians the right to restore their rights by all legitimate means.