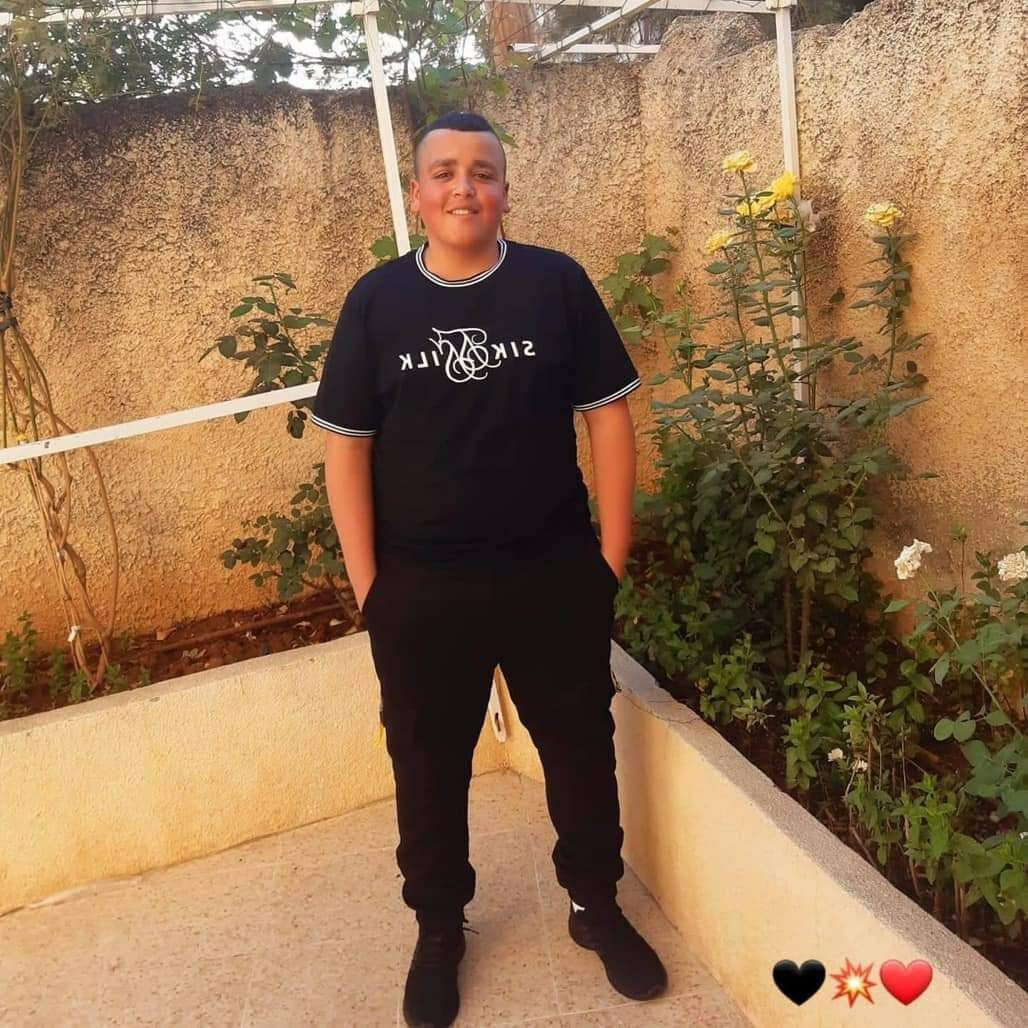 After shooting him, the occupation soldiers prevented Palestinian medics from approaching him and fired tear gas canisters towards the ambulance before confiscating his body.

Hours later, the Palestinian child was moved to a hospital in occupied Jerusalem and was announced dead.

Following his killing, confrontation erupted between local youths and the Israeli occupation soldiers who attacked the youths by firing tear gas canisters intensively towards them, injuring several.

Yamen is the second Palestinian to be shot dead by Israeli occupation forces on Sunday.

On Sunday morning, 19-year-old Kareem Jamal Qawasmi, from the Al-Tur neighborhood, was also shot dead by Israeli occupation soldiers with live bullets after he allegedly stabbed and lightly injured two Israeli police officers near the Bab Huta Gate, which leads to the Al-Aqsa Mosque. The youth was left bleeding on the ground until he died of his critical wounds.

With the killing of Yamen and Karem, the number of the Palestinians who were shot dead by Israeli forces in occupied West Bank and Jerusalem, since the start of 2022, rises to 13.