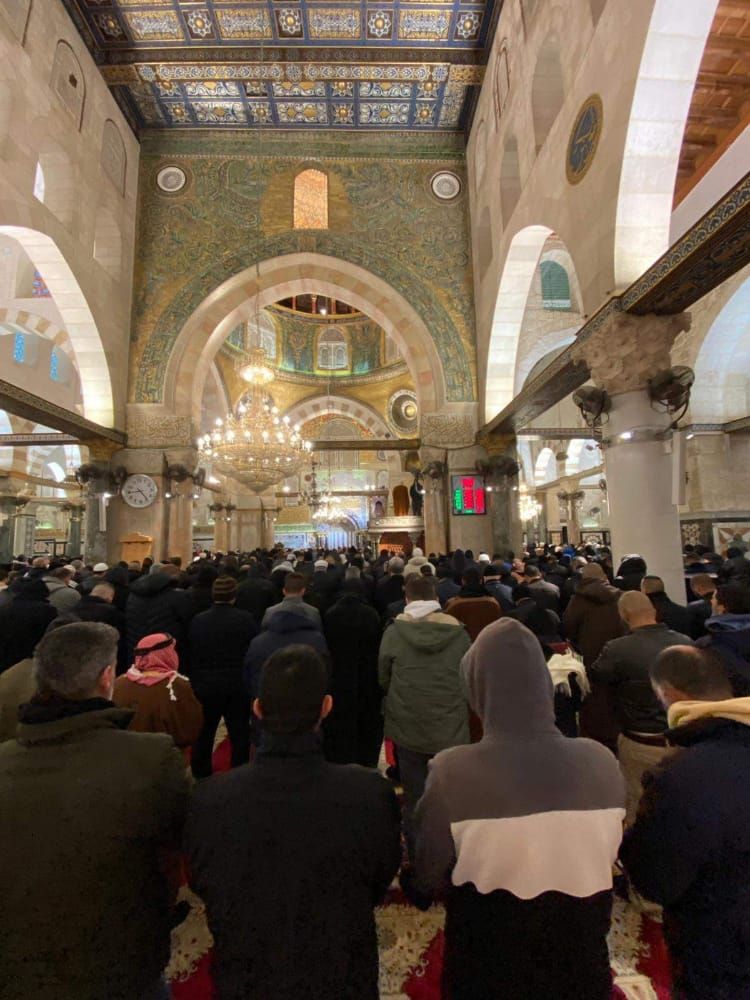 The Palestinians performed the Al-Fajr prayer with the intention of supporting the “Great Fajr” campaign to pray at the holy sites.

Then the Palestinians, including several families, gathered in the courtyards of the mosque.

They confirmed their spiritual links to the holy site and rejected the Israeli systematic Judaization policy.

Sheikh Ekrima Sabri, the preacher of Al-Aqsa Mosque, has also called on the Palestinians to pray in the holy site during the upcoming holy month of Ramadan.