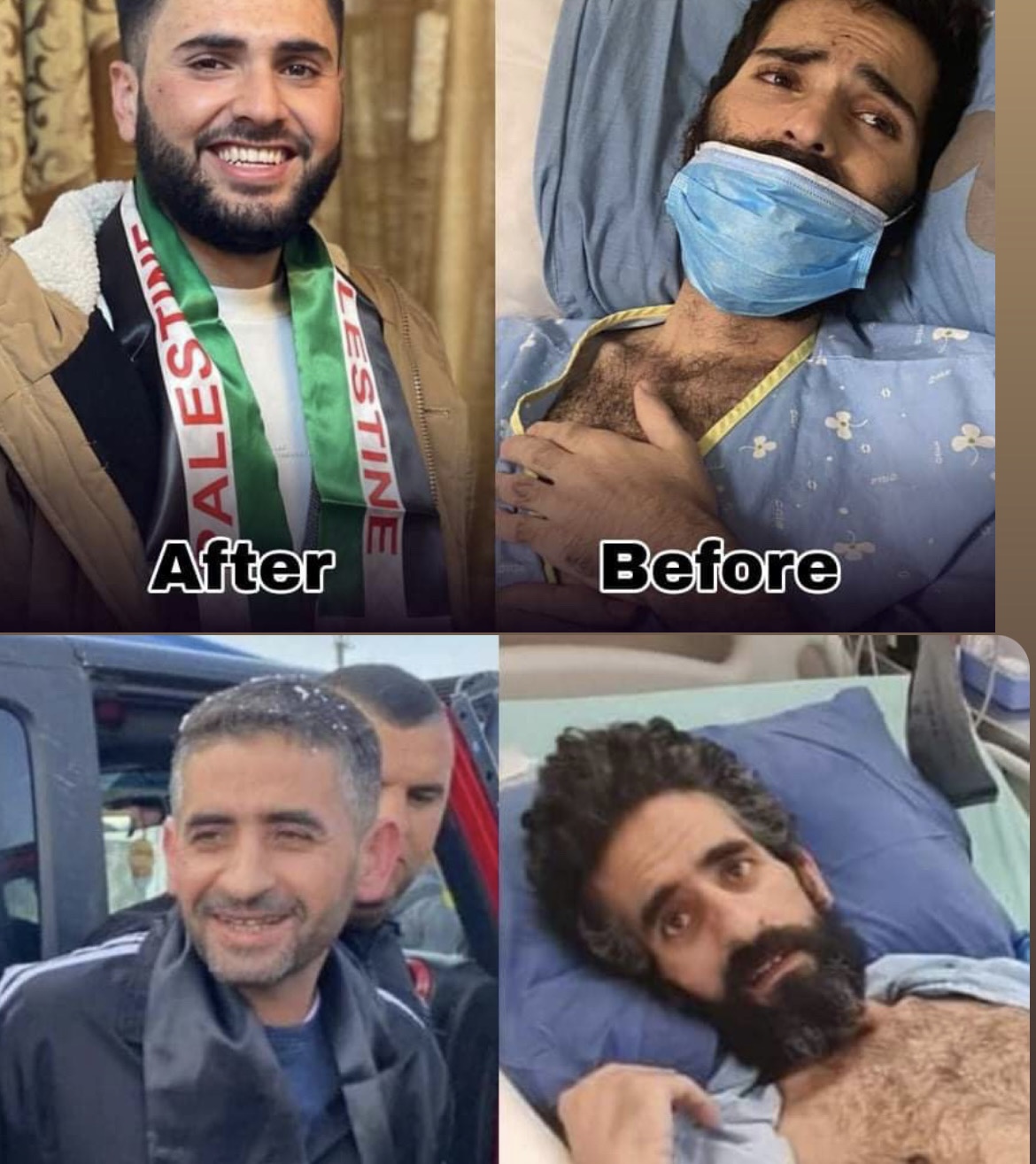 Occupied Palestine – Two former hunger-striking Palestinian detainees in Israeli prisons were released on Thursday, embracing freedom after a long-term protest against their unfair administrative detention without a charge or trial.

On January 4, 2022, Abu Hawash, a father of five, ended his hunger strike after 141 consecutive days while his health condition had been deteriorating severely, after reaching an agreement with the Israeli occupation authorities to release him in February.

Midqdad Qawasmi, a 24-year-old resident of the southern occupied city of Hebron, was detained in January 2021 and had been on an open-ended hunger strike since July 20 in protest against his unfair administrative detention without a charge or a trial by Israeli occupation authorities. Qawasmi has previously spent a total of four years in Israeli jails for resisting the occupation.

On January 11, 2022, Qawasmi broke his hunger strike after 113 days, after reaching an agreement with the Israeli occupation authorities to release him in February.

Both Abu Hawash and Qawasmi were released yesterday from Israel’s Naqab prison.

Soon after Qawasmi left prison yesterday, he was re-detained by Israeli occupation for hours before he was released again.

Over 45 Palestinian detainees started hunger strike since in 2021, in protest against Israel’s detention without a charge or trial.

Administrative detention is illegal under international law, however, the occupation state uses it to repress the Palestinian people.

‘Israel’ routinely uses administrative detention and has, over the years, placed thousands of Palestinians behind bars for periods ranging from several months to several years, without charging them, without telling them what they are accused of, and without disclosing the alleged evidence to them or to their lawyers.

Thus, the hunger strike is a method of a non-violent resistance which the prisoners use to protect their lives and their fundamental rights and a response to the occupation racist policies which they face in the prisons.

Among the 500 administrative detainees are 3 minors and a female.

The boycott includes the initial hearings to uphold the administrative detention order, as well as appeal hearings and later sessions at the Supreme Court.

They also noted that Israel’s use of the policy has expanded in recent years to include women, children and elderly people.