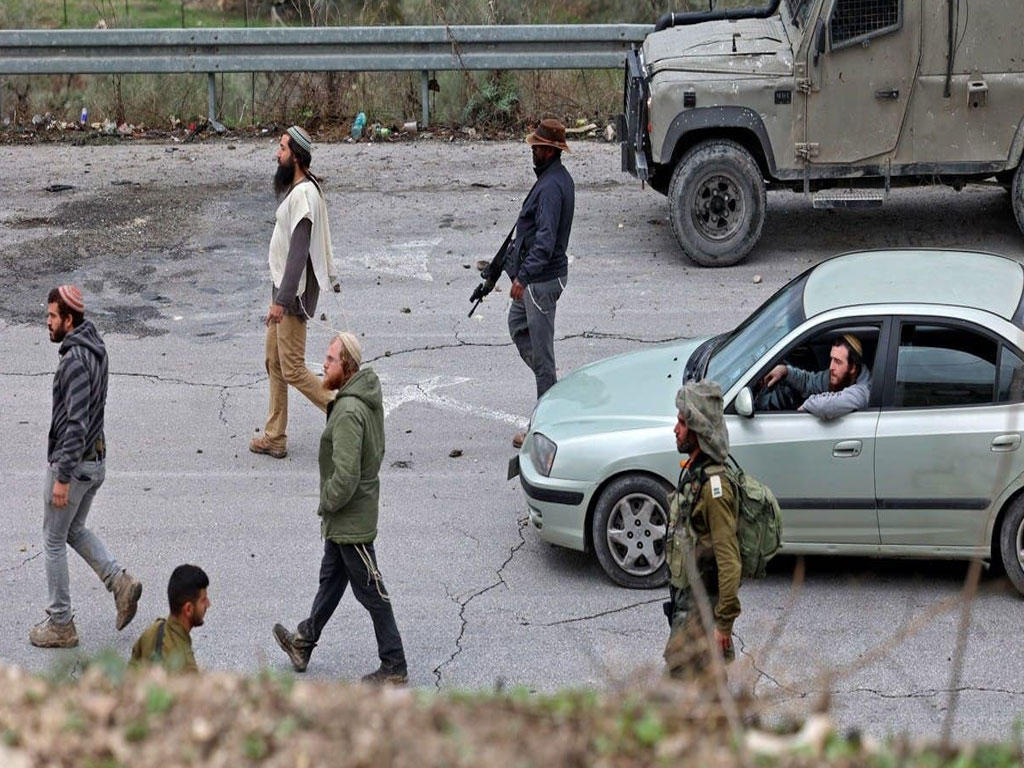 RAMALLAH-Two Palestinian young men were injured on Monday evening when extremist Jewish settlers attacked cars in the northwest of Ramallah in the occupied West Bank.

According to local sources, a horde of settlers rallied on a road near Deir Nidham village in the northwest of Ramallah and hurled rocks at passing cars.

Two young passengers traveling on the road suffered injuries after windows of the car they were aboard sustained damage in the settler attack.

Settlers from the illegal settlement of Halamish systematically launch attacks on Palestinian citizens and their property in the areas around them, especially on the local residents living in the towns of Deir Nidham, Nabi Saleh, Ras Karkar and Aboud.