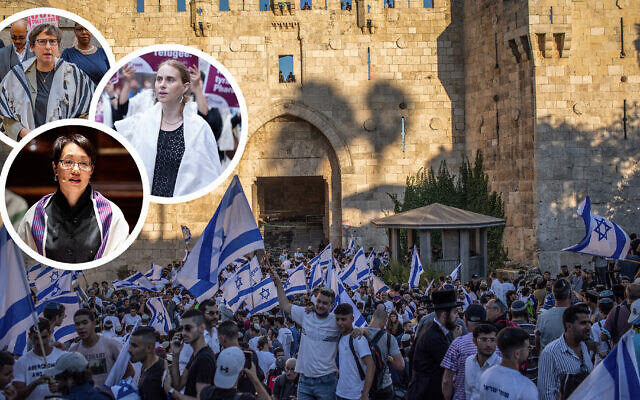 Washington – 19 American rabbis privately warned in a letter that charitable donations from the US Zionist Jewish community are funding far-right Israeli hate groups and inciting anti-Palestinian violence across the occupied territories.

The rabbis, including several prominent ones, decided to go public with their pleas after reportedly being rebuffed by the purported Jewish charity and the persistence of growing attacks against local Palestinians by extremist Zionist militants across occupied Palestine.

The letter, organized by the Jewish human rights group called T’ruah, also came amid fears that Ramadan may bring a repeat of Israel’s deadly aggression on the besieged Gaza Strip last year, in which more than 250 Palestinians were killed.

Among the rabbis are Angela Buchdahl, Sharon Kleinbaum, and Amichai Lau-Lavie.

In the letter, the rabbis stated that donations from the so-called Jewish Communal Fund (JCF) — a major US-based “charity” with a $2.4 billion fund — is going to Lehava.

Lehava – a Hebrew acronym that stands for the Prevention of Assimilation in the Holy Land – was founded by followers of the banned Kach movement, a racist group designated as a terrorist organization in ‘Israel’, the US and the EU.

It is a far-right Israeli hate group that promotes Jewish supremacy in historic Palestine.

The rabbis focused on the “charitable donations” from the JCF to yet another purported US non-profit group called the Central Fund of Israel (CFI).

“We have been disturbed to learn that one recipient of JCF funding is the Central Fund of Israel, which is one of the primary US vehicles for donations to Israeli groups that funnel money to Lehava,” the letter read, insisting that the extremist Zionist group led a violent march through Jerusalem last June.

Lehava members, the rabbis further emphasized, “helped to incite war” and to organize a “hate-filled march through East Jerusalem.”

During last year’s annual so-called flag march in occupied Palestine, Israeli far-right supremacists shared selfies posing with guns and messages such as “Tonight we are not Jews, we are Nazis.”

Hundreds also chanted “Death to Arabs”, “their villages will burn”, and wounded more than 100 Palestinians without intervention from the Israeli forces.

In their letter, the rabbis described Lehava as a group “which bases itself in the genocidal philosophy of Meir Kahane,” referring to the late hawkish rabbi who was the founder of the designated terrorist group called the Jewish Defense League (JDL) which operated across the US and Israel.

They warned about the annual flag march and JCF’s alleged complicity in funding groups connected to it.

“Violent marches like these are not new,” the rabbis insisted. “Every year on Jerusalem Day, Lehava and partners organize the Flag March, which similarly terrorizes Palestinians in East Jerusalem.”

Another group mentioned in the letter as being funded by the CFI is the Od Yosef Chai Yeshiva.

The American rabbis stressed that the group is also “infamous for incitement and violence against Palestinians.”

The New York-based Jewish Telegraph Agency revealed on Tuesday that CFI has been drawing criticism for over a decade because it is used as a financial conduit by extremist Zionist groups in occupied Palestine when they solicit donations in the US.

According to the US tax-collecting agency — the Internal Revenue Service (IRS), CFI received $1.6 million last year from American “charitable donations” and a total of $23 million since 2002.