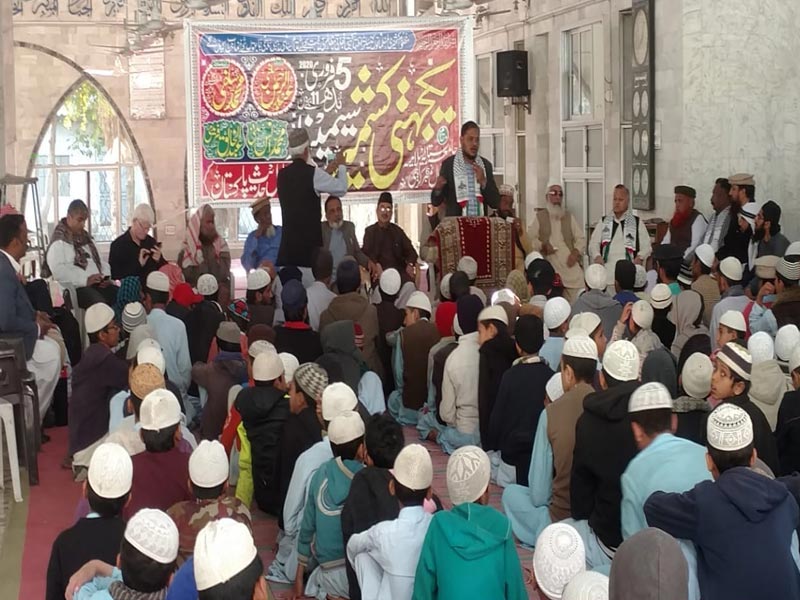 Speaking to the participants of the Kashmir Solidarity Seminar PLF Secretary General Sabir Abu Maryam unity and solidarity of the Muslim ummah is the most urgent need. Saber Abu Maryam said that the United States is the world’s largest devil and Israel is its illegitimate child.

During the speech Secretary General of PLF briefes the students of seminary about the creation of fake state of Israel in Palestine. He said that India is invading Kashmir and Israeli occupied Palestine, both of these issues were birth by the British colonial conspiracies.

Sabir Abu Maryam mentioned the current situation in Kashmir, including the US and Zionist conspiracies in the region and explained to the youth of the madrasa the difference between being vigilant and oppressive and betraying the international imperial forces with Palestine and Kashmir. He also saluted to Gen Qasim Sulemani and Abo Mahdi Mohandis on their sacrifices for Islam.