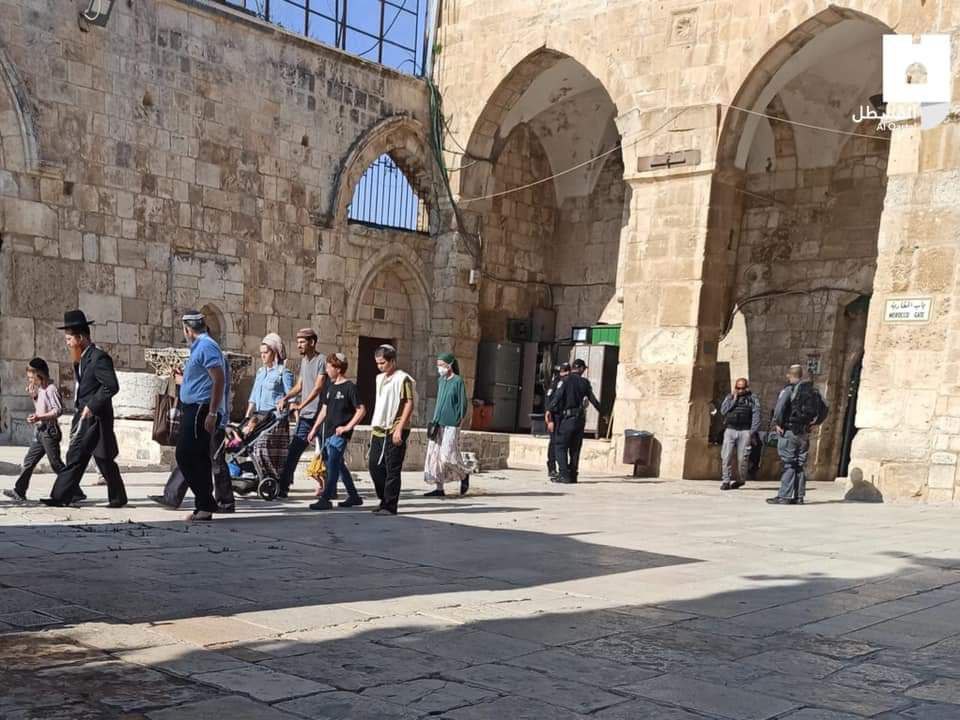 Under the occupation forces protection, over 80 Israeli settlers broke into the courtyards of Al-Aqsa Mosque during the morning break-in session.

Among the intruders was a former Israeli member of the Knesset, Rabbi Yehudah Glick, who had an interview with two journalists identified themselves as from the United States and Britain.

The setters entered through the Al-Mughrabi Gate, and till now, they are provoking the Palestinian worshipers in the mosque courtyards by performing Talmudic prayers.

The forces also station at the gates of the mosque and deatin dozens of Palestinian young men and boys, after assaulting them.