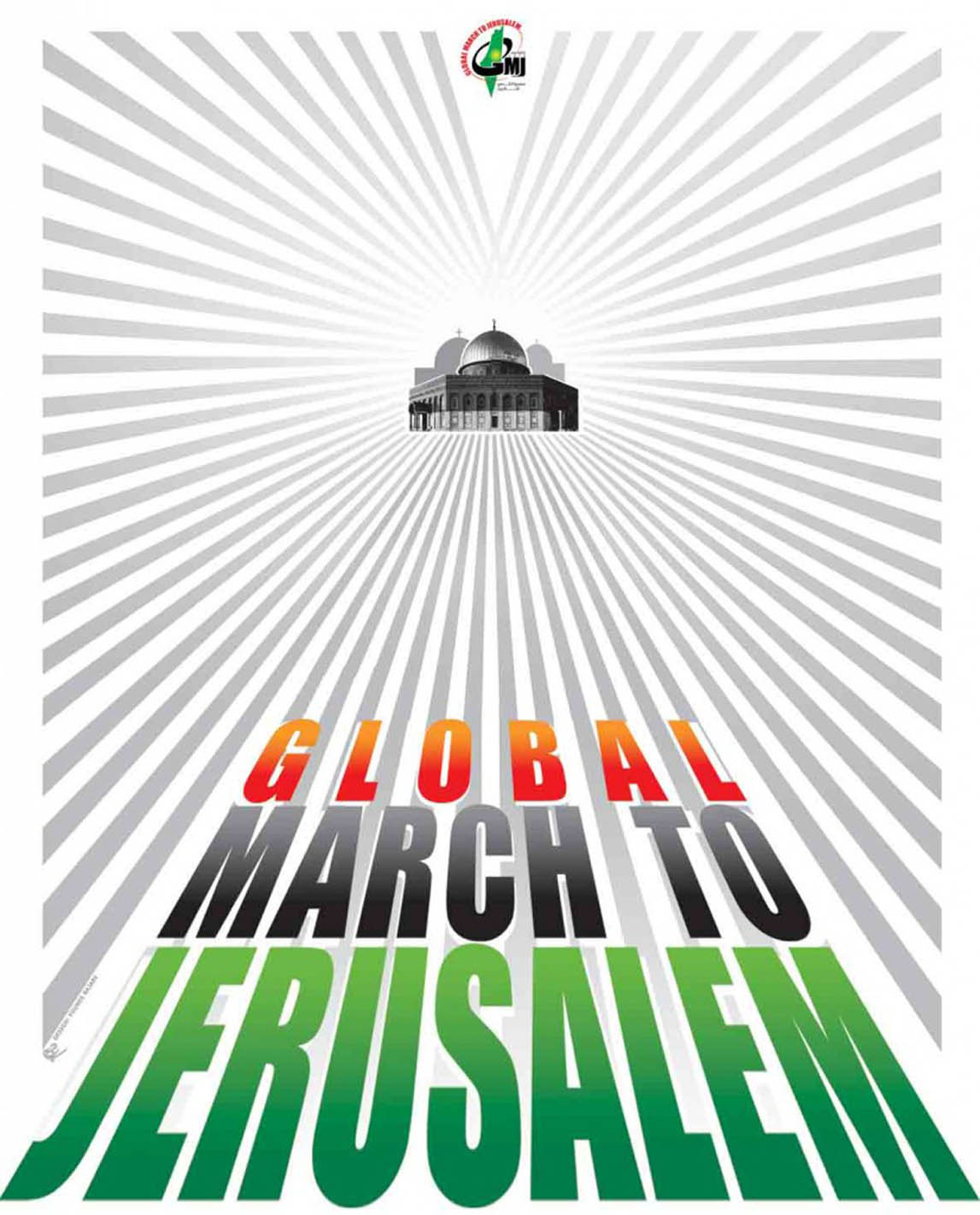 We, the Advisory Board of the Global March to Jerusalem, are alarmed and deeply troubled by the continuing repression of Palestinians in Jerusalem and by the deliberate and systematic attempts to expel and reduce the Christian and Muslim Palestinian population of the city as part of the policy called “Judaisation,” which is being applied to every part of historic Palestine.

This policy is inconsistent with all relevant United Nations resolutions on Jerusalem and contrary to the most basic principles of international law. Its purpose is plainly to ethnically cleanse Jerusalem of its non-Jewish population and transform a once proud symbol of international tolerance and religious and cultural diversity into an exclusionary and racist enclave.
Jerusalem is our common universal heritage. It is the centre of spirituality and ideological significance for all of the monotheistic religions, and a beacon of emancipation and hope for the downtrodden. This historic city is venerated across the world for enhancing the spiritual heritage of all humanity; it has been a symbol of unity and equality, with a message of love, mercy and compassion.
However the entire world is now witnessing a threat to the sovereignty, sanctity and inviolability of Jerusalem. The plan is not only to destroy the Muslim and Christian presence, but also to change and dismantle the social structure of Jerusalem, obliterating its indigenous Arab identity and changing the character of the city.
The people of the world have therefore taken it upon themselves to prevent this abomination, by mobilizing themselves in every part of the world and representing all religious, humanitarian, and cultural backgrounds in a global march to Jerusalem (GMJ) aimed at guarding the City of Peace from becoming a wasteland of intolerance.  We therefore lend our names to support the convergence of people from all countries and continents of the world to Jerusalem, and to the nearest points to which they are able to approach, both inside Palestine and at the Palestinian borders with Jordan, Egypt, Syria and Lebanon, as well as in their own countries, in a peaceful march towards Jerusalem.
We therefore support this effort, and encourage all of humanity to support it, by making the pledge set forth below, that all participants in the Global March to Jerusalem have agreed to accept.

We assert the importance of Jerusalem politically, culturally and religiously to the Palestinian people and humanity as a whole. We call for the protection of the Holy Places and all archeological sites and consider all the efforts done to change its Arabic & cultural identity as a crime against humanity. We call on all international institutions to do their duties towards the city.
The defense of Jerusalem and its liberation are a duty of all free people around the world and we call on all institutions, organizations, and individuals to participate in this duty.
We condemn the Zionist campaign of ethnic cleansing in Jerusalem and the rest of Palestine including all ongoing policies intended to change the demographic and geographic situation in the city and aimed at its Judaisation. We also condemn the continuation of the Zionist occupation forces in building the apartheid wall that aims to expropriate more Palestinian lands and convert the occupied areas into shrinking cantons isolated from each other.
We support the right of the Palestinian People to self-determination, to liberate their lands and to live on them in freedom and dignity like all other people on earth.
We support the non-negotiable & inalienable rights of the Palestinian People, including their families, to return to their homes and lands from which they were uprooted.
We reject all racist laws that distinguish between people based on ethnicity or religion and call for their cancellation and criminalization.
The Global March to Jerusalem does not represent any one faction or political party, but we call for participation of all social forces, political factions, and ideologies.
The Global March to Jerusalem is a global peaceful movement, which does not use violence to achieve its goals.
Signed,