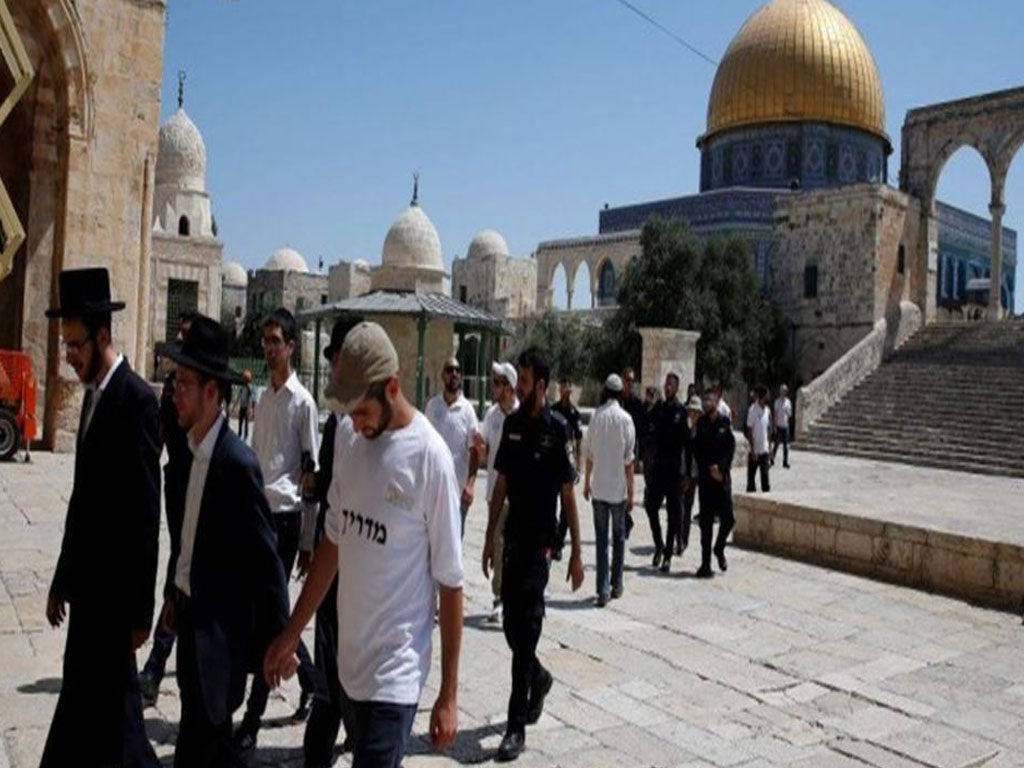 OCCUPIED JERUSALEM – Dozens of extremist Jewish settlers escorted by police forces desecrated the Aqsa Mosque in Occupied Jerusalem on Wednesday morning and later in the afternoon.

According to al-Qastal news website, at least 166 settlers entered the Mosque in groups through its Maghariba Gate and toured its courtyards under police guard.