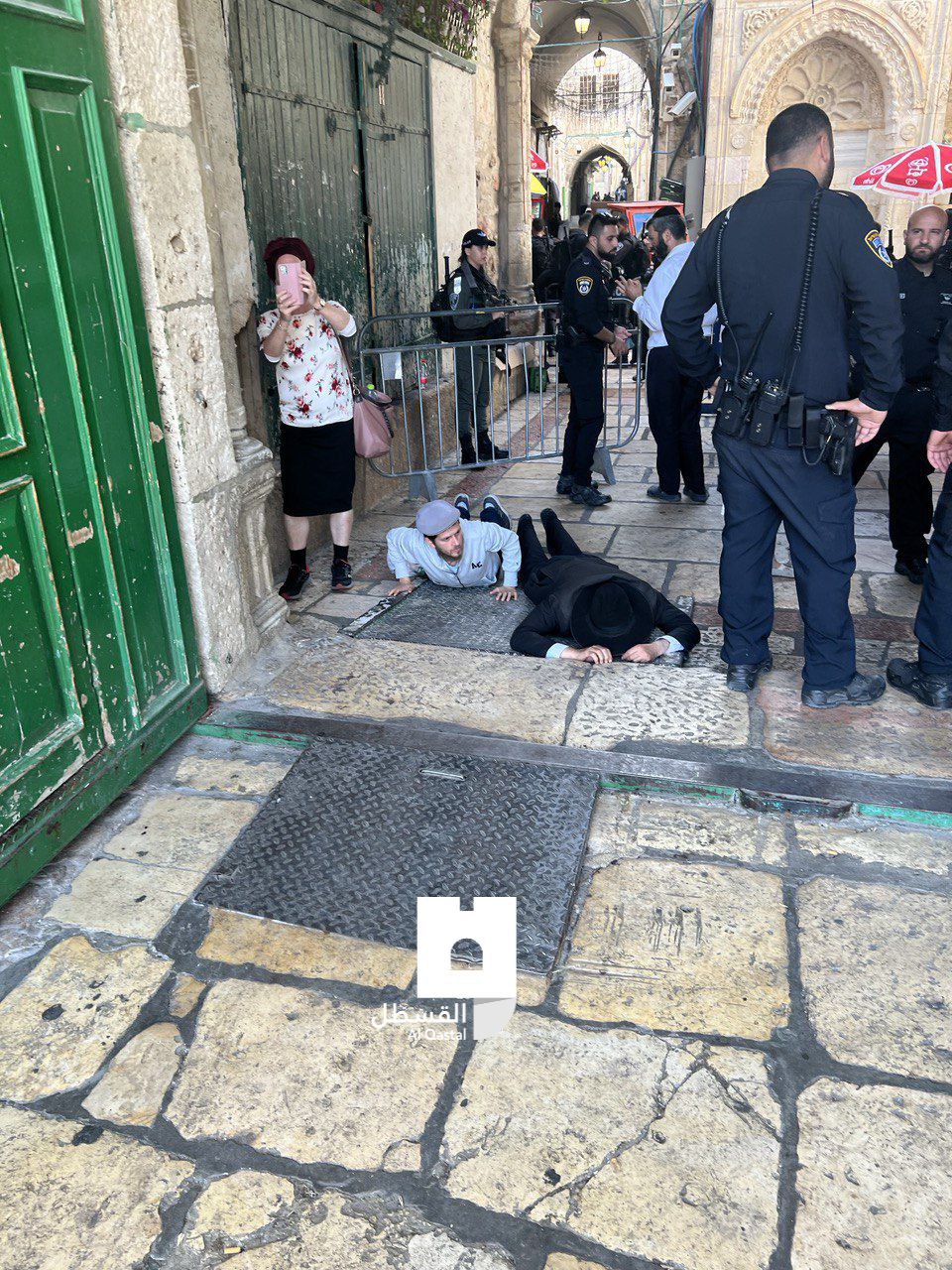 Dozens of colonial Israeli settlers broke into Al-Aqsa Mosque in the occupied city of Jerusalem while being backed by well-armed Israeli occupation forces on Sunday.

The settlers broke into the holy site through the Al-Mughrabi Gate, one of the Gates of the Old City of Jerusalem and is under full-Israeli control, and left it through the Al-Silsila Gate.