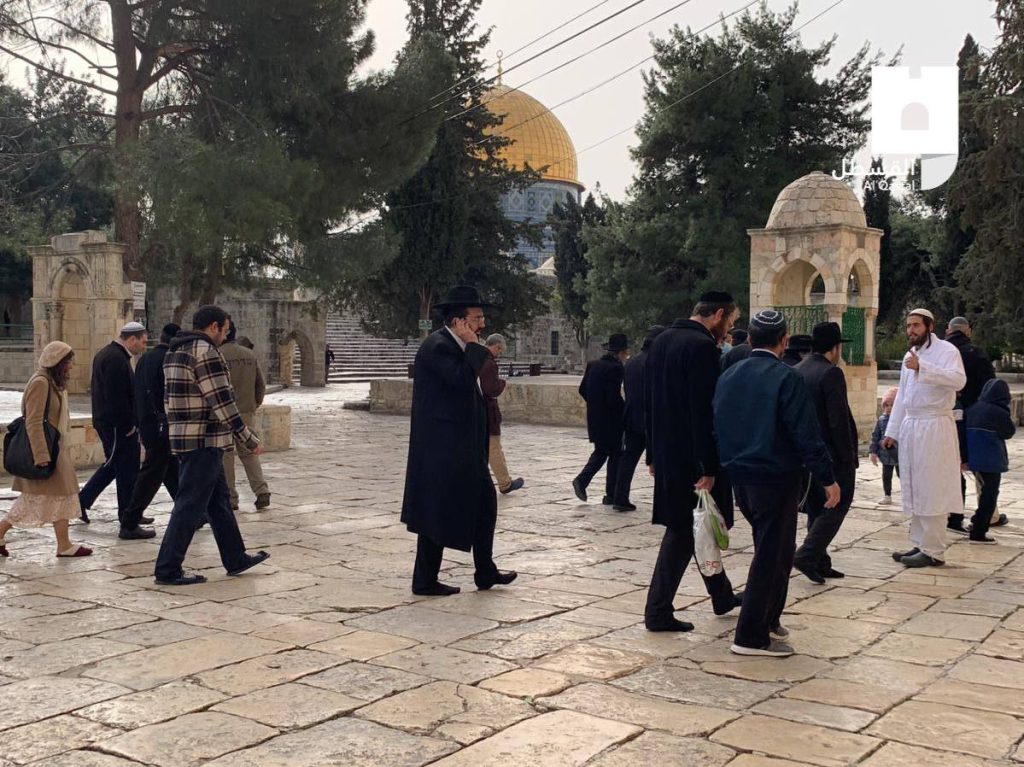 Al-Qastal documented that 202 Israeli settlers broke into Al-Aqsa throughout the day.

They broke into the site in large groups under the protection of well-armed Israeli forces.

They entered the mosque through the Al-Mughrabi Gate which is under full-Israeli control.

Then they left the holy site through the Al-Silsila Gate.

On the other side, the occupation forces harassed and obstucted the movement of the Palestinian worshipers heading to the mosque.

They also stopped some young men and searched their bags.

Israeli occupation authorities have allowed settler incursions to the mosque since 2003.

The Al-Aqsa mosque is one of the holiest sites in Islam.