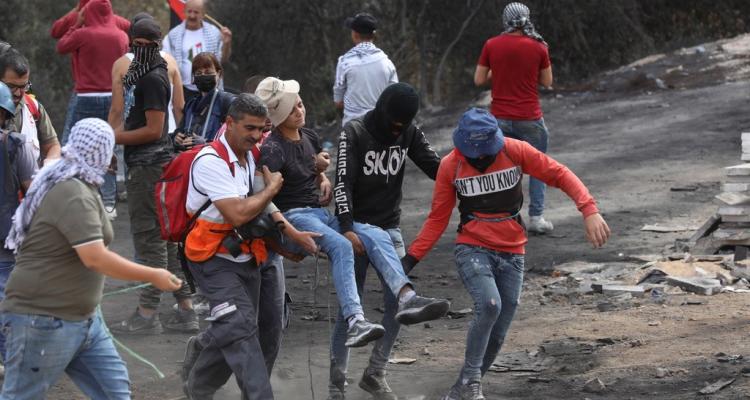 Occupied Nablus – Israeli forces repressed a peaceful protest in the village of Beita in occupied Nablus, leaving 38 injuries, including one serious injury in the head.

The Red Crescent stated that its crews dealt with 38 injuries in Beita, eight of them by rubber-coated metal bullets including one serious injury in the head. It added that 18 injuries with tear gas bombs and three others by falling burns have been reported.

Local sources said that hundreds of locals took part in a peaceful protest in Sabih mountain in Beita against the construction of an Israelis settlement outpost in their village.

The protest was repressed by Israeli forces as soon as it reached the mountain, according to the sources.

Confrontations erupted in the area following the Israeli repression.