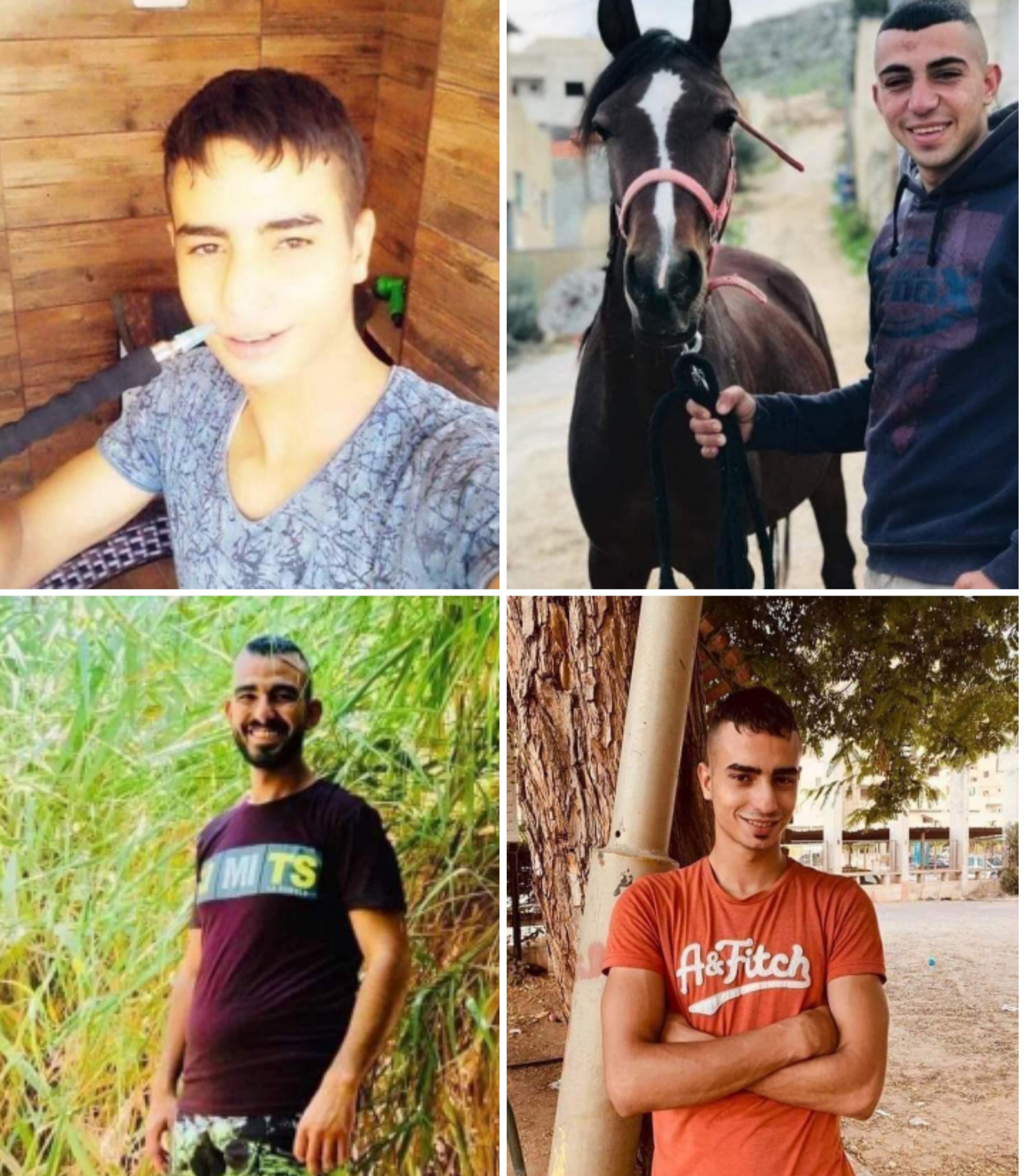 Jenin – Israeli occupation forces shot dead four Palestinian young men during a raid on Jenin north of the occupied West Bank at the dawn of Monday.

The four Palestinians killed by the forces were identified as: Raed Abu Saif, Saleh Omar, Nour Jarrar and Amjad Hussainiya.

The Israeli occupation police said it took two of the bodies to their custody them from the scene: Nour Jarrar and Amjad Hussainiya.

A video from a surveillance camera showed the Israeli occupation forces laying an ambush at a residential building in Jenin, resulting in clashes between the forces and Palestinian freedom fighters and killing four Palestinians.

A video from a surveillance camera shows Israeli occupation soldiers laying an ambush at a residential building in Jenin, north of the occupied West Bank. Four #Palestinian teenagers were killed during the raid of Jenin. pic.twitter.com/YaiiJeLZ21

The undercover units are responsible for the arrest and assassination of Palestinian resistance members wanted by the Israeli occupation authorities.

The medical staff, as said, was trying to immediately give them an urgent medical treatment to save their lives.