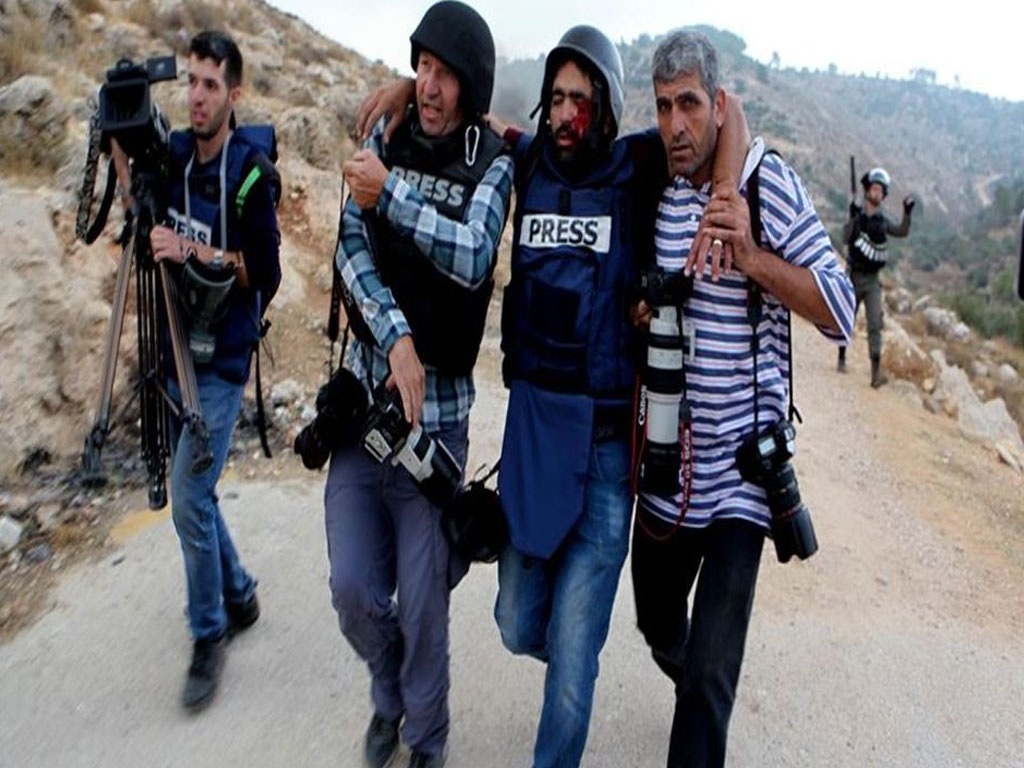 RAMALLAH -The Israeli occupation forces (IOF) were responsible for at least 479 violations of media and journalists’ rights in Palestine during the first half of 2022, including the assassination of Al Jazeera correspondent Shireen Abu Aqleh, a report revealed.

The Palestine Journalists Syndicate (PJS) reported that the frequency of violations increased throughout the first six months of the year, with 192 recorded in the first quarter, which rose to 287 in the second quarter.

Among the violations documented by the PJS, the most common were the detention of journalists and prevention of coverage, which amounted to 175 cases. Followed by 80 cases of physical assault by the IOF troops, and 65 cases of attacks perpetrated by Israeli settlers.

The report noted that the increase of the attacks by Israeli settlers against Palestinian journalists under the protection of the occupation army was a remarkable and growing trend.

Geographically, 131 violations were recorded in Occupied Jerusalem, which accounted for 30% of the total violations, followed by the governorates of al-Khalil and Nablus.