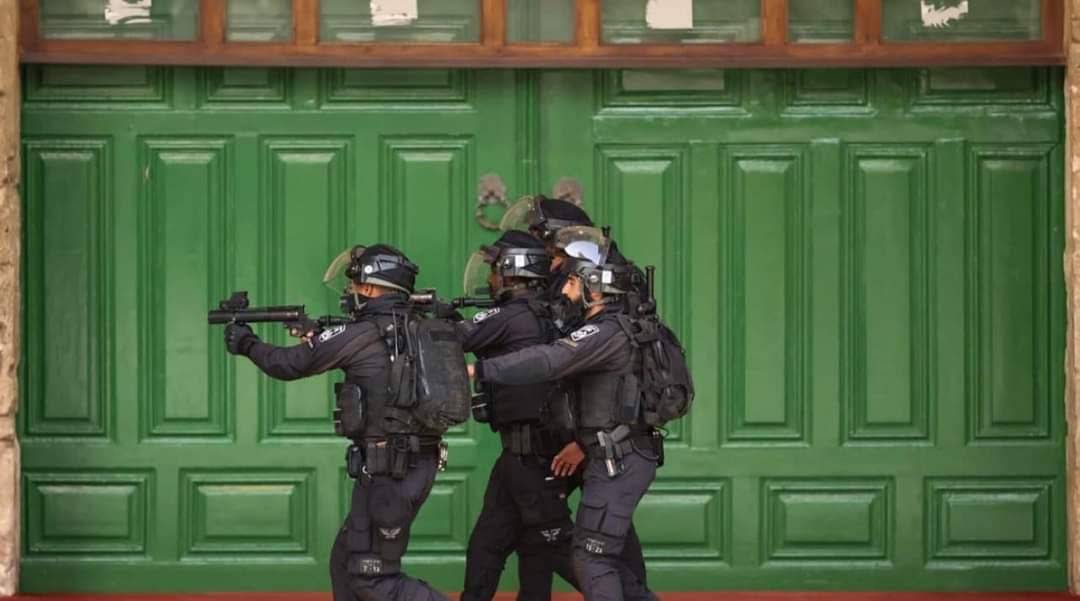 To mark the second day of the so-called Passover holiday, Al-Qastal documented 561 Israeli settlers broke into the Al-Aqsa mosque while being backed by well-armed forces who assaulted and blockaded Muslim worshipers inside prayer halls in order to empty the holy site of its worshipers to secure the entry of the settlers.

Earlier today, at around 7am, local sources said, the Israeli forces raided the holy site, attacked and chased the worshipers in the courtyards of the mosque, including women and children.

The forces also fired rubber-coated metal bullets and shattered the windows of the southernmost building inside the Al-Aqsa Mosque where dozens of worshipers were inside.

During the raid and in the aftermath of the atack, the settlers stormed the holy site and performed provocative Talmudic prayers. They entered the mosque through the Al-Mughrabi Gate which is under full-Israeli control.

This is the third raid and aggressive assault to be launched by the Israeli occupation forces in less than 72 hours and for the second day in a row.

On Sunday morning, 545 Israeli colonial settlers also broke into the Al-Aqsa mosque, protected by well-armed forces who emptied the site after attacking and arresting worshipers, injuring at least 19 and arresting 9.