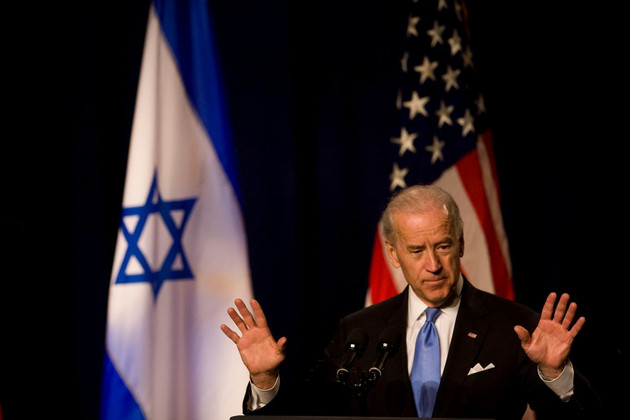 Washington – 80 Democrats urged the Biden administration on Friday to actively work against steps that endanger a potential two-state solution to the “Israeli-Palestinian conflict.”

The members of Congress — led by key Democratic caucus members Reps. David Price, Barbara Lee, Jennifer Wexton and Joaquin Castro — said they wrote to the U.S. Secretary of State Antony Blinken with “concern and urgency regarding ongoing developments that serve as flashpoints for escalating violence in the region and push a two-state solution further out of reach.”

“Dangerous flashpoints related to the Israeli-Palestinian conflict have a way of rapidly increasing tension and violence in the region without active U.S. leadership,” they wrote.

They said the U.S. “must harness its substantial influence to exercise leadership and continue its historical role as an honest broker in ending this conflict and serve as a clear, consistent voice for peace and human rights.”

“It is therefore critical that the United States actively work to ensure both parties remain committed to halting counterproductive measures that undermine the viability of two states for two peoples,” they added.

The lawmakers highlighted five points of concern, requesting an update on concrete steps undertaken by the Biden administration aimed at deterring harmful actions.

The first such point is the “rise in settler violence committed against Palestinians and Palestinian property, including instances of non-intervention or even aiding and abetting of such attacks by Israeli forces.”

The Democrats then raised the increase in Israeli approval of permits, tenders and housing starts for illegal settlement construction, as well as the retroactive legalization of West Bank outposts.

They also flagged the continued demolitions or threats of demolitions of Palestinians homes, business and infrastructure, as well as the inequitable rates of approval of building permits for Palestinians. They then flagged the reported growing level of Israel’s financial expenditures in West Bank settlements.

On the Palestinian side, they raised concern about the Palestinian Authority’s ongoing prisoner payments program, “which the PA has acknowledged a willingness to reform, but on which it has not taken meaningful action.”

“It is clear that more must be done,” they stated in response to the administration’s engagement with both the Israeli occupation government and Palestinian Authority, as well as its oft-repeated line of commitment to equal measures of freedom, security, opportunity, and dignity.

J Street’s Director of Government Affairs, Hannah Morris, said: “This urgent message from Congress stresses that the Biden administration must demonstrate real leadership to promote peace and prevent the further deterioration of the Israeli-Palestinian conflict.”

Morris added, “As the president prepares to travel to the region in June, lawmakers are strongly encouraging him to push back on harmful, unacceptable actions that trample on human rights, exacerbate violence and imperil the future of both peoples.”

Friday’s letter to the U.S. Secretary of State is the second significant effort by key US Lawmakers across the ideological spectrum in as many weeks, reflecting a growing and pronounced sense of discontent concerning the administration’s approach to the “conflict” several weeks before Biden was slated to make his first trip to ‘Israel’ as president.

Biden’s visits to ‘Israel’ and Saudi Arabia were postponed to July, according to an NBC News report that was later confirmed by Israeli occupation officials on Friday.

The initial plan was for Biden to visit ‘Israel’ for two or three days during the week of June 19, continue to Saudi Arabia for a day or two before attending the G7 Summit in Germany on June 26th, the Israeli official said, according to The Times of Israel.

The US official said there were scheduling issues and that the Biden administration needed more time to plan the trip that will include stops in several countries.

On May 26, Eighty-three Democrats from the House and the Senate also urged Blinken to actively pressure ‘Israel’ into preventing the forced displacement of more than 1,000 Palestinians from the Masafer Yatta villages in the West Bank.

“Forced displacement and transfer by Israel of Palestinians in Masafer Yatta would be a grave breach of the Fourth Geneva Convention and would amount to a war crime,” the lawmakers wrote in the letter.