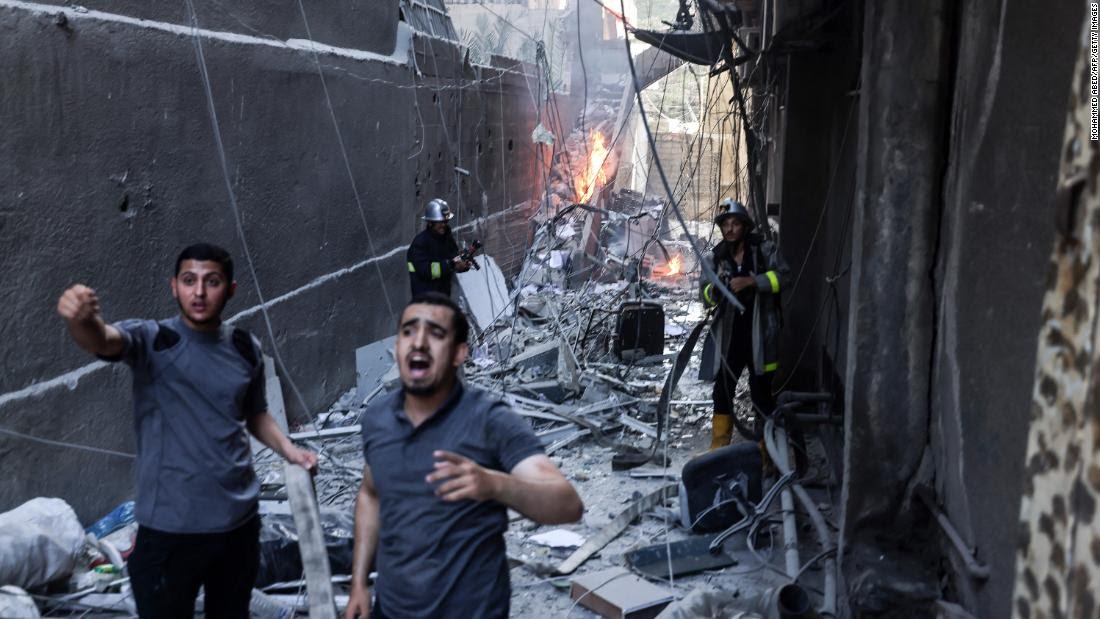 In a new report released on Tuesday, Amnesty International said Israeli forces “boasted” of the precision of their attacks on Gaza in August

In the report, which investigates the circumstances around three specific attacks on civilians, Amnesty said that the victims of Israel’s so-called “precise” attacks included a four-year-old child, a teenager visiting his mother’s grave, and a fine arts student killed by Israeli tank fire while at home drinking tea with her mother.

“Israel’s latest offensive on Gaza lasted only three days, but that was ample time to unleash fresh trauma and destruction on the besieged population,” Agnès Callamard, Amnesty International’s secretary-general, said in a statement accompanying the report.

“The three deadly attacks we examined must be investigated as war crimes; all victims of unlawful attacks and their families deserve justice and reparations,” she added.

The August aggression by Israeli forces was only the most recent example of indiscriminate violence against the “dominated, oppressed and segregated” population of Gaza, which has suffered under years of illegal blockade of the territory, Callamard said.

“As well as investigating war crimes committed in Gaza, the ICC should consider the crime against humanity of apartheid within its current investigation in the Occupied Palestinian Territories.”

Since the beginning of this year, about 160 Palestinians have been killed by Israeli forces in the occupied West Bank and Gaza Strip, including 51 Palestinians killed during Israel’s three-day bombardment on Gaza in August, according to the Palestinian health ministry.

Thirty-one civilians were among the 49 Palestinians that the United Nations said were killed in the Gaza Strip during the three-day aggression, Amnesty said in the report.

Using photos of weapon fragments, satellite imagery analysis, and testimony from dozens of interviewees, Amnesty said it had reconstructed the circumstances surrounding three specific attacks, two of which were carried out by Israeli forces and one most likely by Palestinian resistance groups.

The ICC has opened an investigation into the Israeli occupation of Palestine, which is expected to focus partly on possible war crimes committed during the 2014 conflict in Gaza. The probe is supported by the Palestinian Authority, but ‘Israel’ is not an ICC member and disputes its jurisdiction.

“Nothing can bring back our dead children, but truth and justice could at least give the families some peace,” said Wissam Nejem, who lost four cousins in the Israeli attack on a Al-Falluja cemetery in Jabalia in the northern Gaza Strip on August 7.

“We’re on the border and [Israeli soldiers] know everything about us and know that we have nothing to do with politics, that we’re just simple farmers. Their drones monitor our every move,” said father of Duniana al-Amour, a 22-year-old fine arts student who was killed on August 5 in a projectile fired by an Israeli tank that hit the al-Amour house near Khan Younis in the southern Gaza Strip.