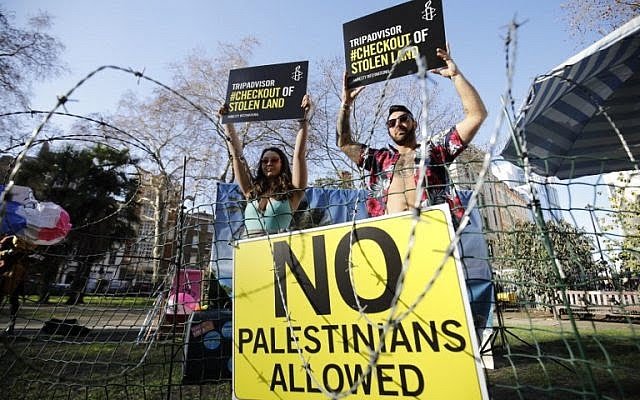 In February, the rights group released a report saying ‘Israel’ is carrying out “the crime of apartheid against Palestinians.”

Amnesty’s report details how ‘Israel’ enforces a system of oppression and domination against the Palestinians.

Over its report, Rick Scott and Mike Braun introduced their bill to prohibit it from receiving taxpayer-funded federal assistance from the US.

The Senators said Amnesty has received more than $2.5 million in federal funds over the past two decades.

It “has proven itself to be a sham of a ‘human rights’ organisation..”

The director’s remarks were at a Woman’s National Democratic Club lunch last month.

However, Amnesty slammed the bill, saying it “is no stranger to being targeted for its work.”

The group said “these actions represent an attempt to distract from and discredit” its “research upon which we base our calls to action.”

Amnesty also said it hopes “that Senator Scott and his colleagues are with us in this mission.”

“we welcome the opportunity to engage in thoughtful and meaningful ways,” it added.