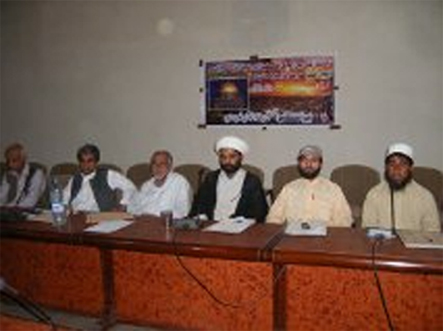 An All Parties Conference (APC) on Nakba Day has vowed on Tuesday that the unwavering support to the just cause of Palestine would be continued.